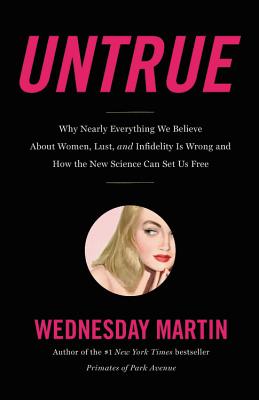 From the #1 New York Times bestselling author of Primates of Park Avenue, a bold, timely reconsideration of female infidelity that will upend everything you thought you knew about women and sex.

What do straight, married female revelers at an all-women’s sex club in LA have in common with nomadic pastoralists in Namibia who bear children by men not their husbands? Like women worldwide, they crave sexual variety, novelty, and excitement.

In ancient Greek tragedies, Netflix series, tabloids and pop songs, we’ve long portrayed such cheating women as dangerous and damaged. We love to hate women who are untrue. But who are they really? And why, in this age of female empowerment, do we continue to judge them so harshly? In Untrue, feminist author and cultural critic Wednesday Martin takes us on a bold, fascinating journey to reveal the unexpected evolutionary legacy and social realities that drive female faithlessness, while laying bare our motivations to contain women who step out.

Blending accessible social science and interviews with sex researchers, anthropologists, and real women from all walks of life, Untrue challenges our deepest assumptions about ourselves, monogamy, and 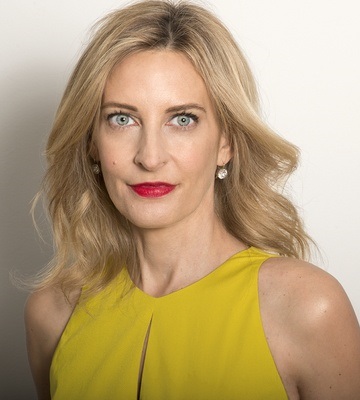 the women we think we know. From recent data suggesting women may struggle more than men with sexual exclusivity to the revolutionary idea that females of many species evolved to be “promiscuous” to Martin’s trenchant assertion that female sexual autonomy is the ultimate metric of gender equality, Untrue will change the way you think about women and sex forever.

Wednesday Martin, PhD, has worked as writer and cultural critic in New York City for more than two decades. The author of Stepmonster and #1 New York Times bestseller Primates of Park Avenue, she has written for the New York Times, The Atlantic, The Daily Beast, The Hollywood Reporter, Harper’s Bazaar, The Times (London) and the Daily Telegraph. She has appeared on Good Morning America, Today, CNN, NPR, NBC News, and the BBC Newshour. Martin received her PhD from Yale University and lives in New York City with her husband and their two sons.

If you're unable to attend the event and would like a signed copy of Untrue, please purchase the "Signed" version below.

Untrue: Why Nearly Everything We Believe About Women, Lust, and Infidelity Is Wrong and How the New Science Can Set Us Free (Hardcover)