BRINGING YOU THE BEST IN UPCOMING HITS AND UNDER-THE-RADAR TITLES!

Get the hot buzz on autumn's new books!

Ben White is a sales rep for Macmillan Publishers in New England. He was born and raised in Cambridge, MA and spent most of his childhood hanging around the bookstores of Harvard Square. After graduating from Columbia in 1999, he worked at an independent bookstore in Brooklyn before getting a job in publishing. He worked for Macmillan in their New York City offices for 15 years, first with their literary publisher Farrar, Straus & Giroux, and then with their central sales division. He was climbing the corporate ladder but missed bookstores, and when his current job opened up in 2016, he jumped at the chance to move home to New England and work with the best independent bookstores in the country. He has 2 kids who stay up 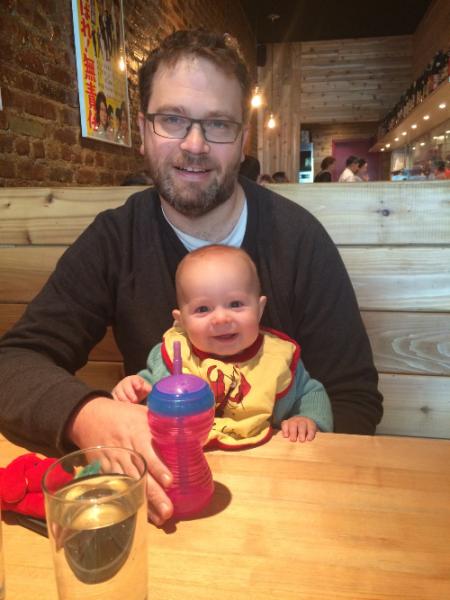 far too late reading, a wonderful wife who's almost done with library school, and an old dog named Stanley.

Macmillan Publishers is a global trade publishing company operating in over 70 countries, with imprints in the United States, Germany, the United Kingdom, Australia, South Africa, and India. Macmillan is a division of the Holtzbrinck Publishing Group, a large family-owned media company headquartered in Stuttgart, Germany.

PURCHASE THREE OR MORE TITLES FROM BEN'S LIST BELOW AND RECEIVE A 15% DISCOUNT!
Use code REPNIGHT15 during checkout.

Discount valid only on applicable titles. Orders must be placed before 11:59pm on Friday, September 17, 2021.

Beautiful World, Where Are You: A Novel (Hardcover)

The House in the Cerulean Sea (Paperback)

Under the Whispering Door (Hardcover)

The Free World: Art and Thought in the Cold War (Hardcover)

InvestiGators: Ants in Our P.A.N.T.S. (Hardcover)