Terry McDonell, "The Accidental Life: An Editor’s Notes on Writing and Writers" 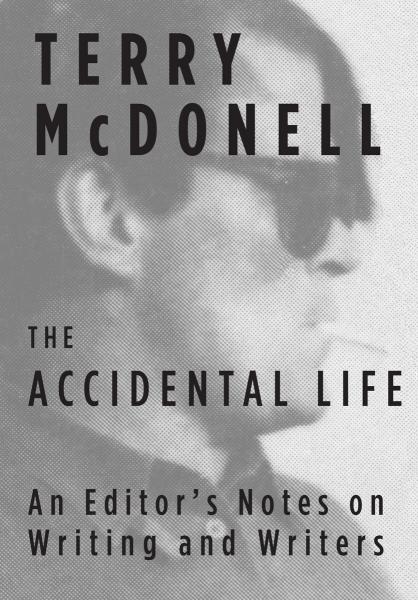 Terry McDonell has top-edited some of the most influential publications in American journalism. His new book pulls back the curtain on his four-decade career as an editor, journalist, and media entrepreneur, with stops at more than a dozen magazines: from the launch of Outside through tenures at Rolling Stone, Newsweek, Esquire, Sports Illustrated, and, most recently, cofounding the literary website LitHub.

McDonell lays out the realities between editors and writers with deadlines ticking, or with drinks on the bar. His stories about the journalists, writers, and media personalities he has known can be both heartbreaking and bitingly funny—playing “acid golf” with Hunter S. Thompson, practicing brinksmanship with David Carr and Steve Jobs, working the European fashion scene with Liz Tilberis, pitching TV pilots with Richard Price.

Here, too, is an insider’s practical advice on how to recruit—and keep—high-profile talent; how to craft a compelling lede; how to grow online traffic that translates into dollars; and how, in whatever format, on whatever platform, a good editor really works. Taking us from the raucous days of New Journalism to today’s digital landscape, McDonell argues that the demand for storytelling from trustworthy news sources keeps getting stronger.

A celebration of the pressures, obsessions, and satisfactions of a writing and editing life.

TERRY McDONELL has won numerous awards for his editorial work at various magazines and websites. He is also a novelist and poet, and has written and produced for film and television. In 2012 he was inducted into the American Society of Magazine Editors’ Hall of Fame. He is the president of the board of the Paris Review Foundation and serves on the Board of Overseers of the Columbia Journalism Review. He lives in New York City.

If you're unable to attend the event and would like a signed copy of The Accidental Life, please purchase the "Signed" version below.

The Accidental Life: An Editor's Notes on Writing and Writers (Hardcover)