An exhilarating, splendidly illustrated, entirely new look at the history of baseball: told through the stories of the vibrant and ever-changing ballparks where the game was and is staged, by the Pulitzer Prize-winning architectural critic. 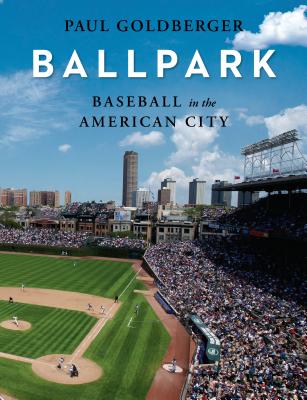 From the earliest corrals of the mid-1800s (Union Grounds in Brooklyn was a "saloon in the open air"), to the much mourned parks of the early 1900s (Detroit's Tiger Stadium, Cincinnati's Palace of the Fans), to the stadiums we fill today, Paul Goldberger makes clear the inextricable bond between the American city and America's favorite pastime.

In the changing locations and architecture of our ballparks, Goldberger reveals the manifestations of a changing society: the earliest ballparks evoked the Victorian age in their accommodations--bleachers for the riffraff, grandstands for the middle-class; the "concrete donuts" of the 1950s and '60s made plain television's grip on the public's attention; and more recent ballparks, like Baltimore's Camden Yards, signal a new way forward for stadium design and for baseball's role in urban development.

Throughout, Goldberger shows us the way in which baseball's history is concurrent with our cultural history: the rise of urban parks and public transportation; the development of new building materials and engineering and design skills. And how the site details and the requirements of the game--the diamond, the outfields, the walls, the grandstands--shaped our most beloved ballparks.

A fascinating, exuberant ode to the Edens at the heart of our cities--where dreams are as limitless as the outfields.

Paul Goldberger, a contributing editor at Vanity Fair, began his career at The New York Times, where he was awarded the Pulitzer Prize for distinguished criticism for his writing on architecture. Later, and for fifteen years, he was architecture critic for The New Yorker. He is the author of many books, most recently Building Art: The Life and Work of Frank Gehry and Why Architecture Matters. He teaches at the New School and lectures widely around the country on architecture, design, historic preservation, and cities. He and his wife live in New York City.

If you're unable to attend the event and would like a signed copy of Ballpark: Baseball in the American City, please purchase the "Signed" version below.