“In The Gourmands’ Way, Justin Spring brilliantly recounts the French odyssey of six remarkable Americans during the extraordinarily creative 30-year period from the end of World War II to the mid-1970s. So different and yet so similar, these heroes of mine immersed themselves in the culinary culture of Paris." —Jacques Pépin 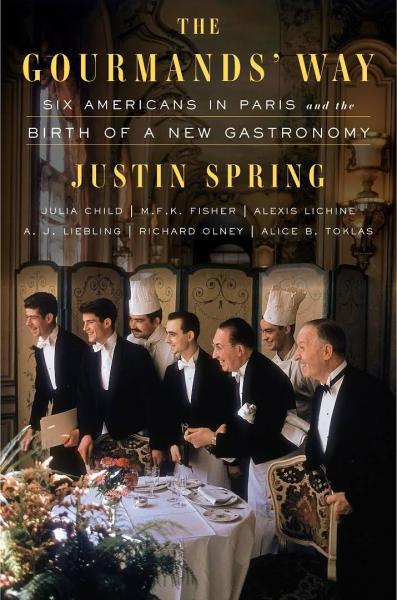 A biography of six writers on food and wine whose lives and careers intersected in mid-twentieth-century France.

During the thirty-year boom in France following World War II—les Trente Glorieuses—Paris was not only the world’s most stylish tourist destination, it was also the world capital of gastronomic genius. In The Gourmands’ Way, Justin Spring tells the story of six American writer-adventurers having the time of their lives in the City of Light during this period and, in doing so, transforming the way Americans talk and think about food—and the way they eat.

The six are A. J. Liebling, Alice B. Toklas, M.F.K. Fisher, Julia Child, Alexis Lichine, and Richard Olney. The Gourmands’ Way is the first book ever to look at these unforgettable figures as a group. It is also the first to focus specifically on their Paris-based adventures. Liebling was a great war correspondent, reporter, and humorist who opens Spring’s narrative by sweeping into Paris with the French and Allied forces in August 1944; Toklas was Gertrude Stein’s life partner who reinvented herself at age seventy-five as a cookbook author; Fisher was a sensualist storyteller and fabulist; Child was a cookbook author, America’s greatest television food celebrity, and the reinventor of the dinner party; Lichine was an ambitious wine merchant who, through an astounding series of risk-taking ventures, became the leading importer of French wines in America; and Olney was a reclusive but freewheeling artist who reluctantly evolved into one of the foremost American writers on French cuisine and French wine.

Justin Spring focuses on the most joyful, exciting, formative, and dramatic moments of these six lives, many of which were intimately connected to the exploration and discovery of fine French food and drink—whether they experienced it at top Michelin-starred restaurants or straight from a hot plate in an artist’s garret. The Gourmands’ Way leads us through both the fabled world of haute cuisine and the vibrant bohemian and artistic haunts of the Left Bank during the 1950s. Intimate, anecdotal, and beautifully researched, The Gourmands’ Way is an eye-opening exploration of the rich, storied annals of mid-twentieth-century Franco-American culinary history.

Justin Spring is the author of two previous biographies: Fairfield Porter: A Life in Art and Secret Historian: The Life and Times of Samuel Steward, the latter a finalist for the National Book Award. His writing on visual art includes monographs and museum catalogues, most recently Andy Warhol: Fame and Misfortune and Paul Cadmus: The Male Nude. He is a recipient of fellowships from the Guggenheim Foundation, the Leon Levy Center for Biography, and numerous universities. 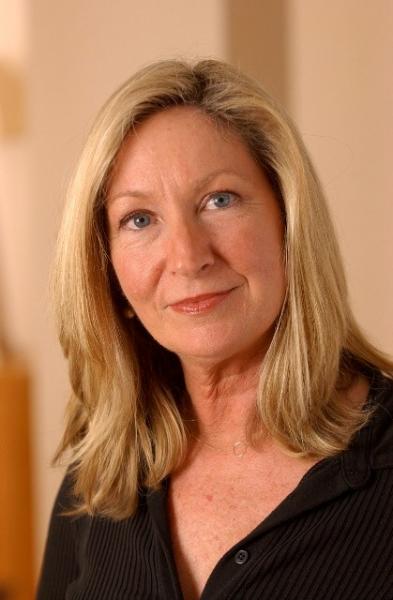 After a long career in journalism at NPR and NBC News in Washington, D.C., Laura Donnelly decided to become a pastry chef.  After a long career as a pastry chef, she decided to combine the two careers and make less money. She is now a local pastry chef and food writer. She contributes a weekly column for the East Hampton Star called "Seasons By The Sea" as well as restaurant reviews.  She is the food editor for East magazine and has contributed to the Dallas Morning News, Texas Monthly, Hamptons, and Town and Country magazines.  Along with working as Alec Baldwin's private chef for a while, she has developed dessert recipes for Sheila Lukins's cookbooks, Barefoot Contessa books and TV show, and was the pastry chef for the Laundry Restaurant, Della Femina, and The Living Room.  Before she gives cookbooks as gifts, she dog-ears favorite recipes, much to the dismay of the recipients....

If you're unable to attend the event and would like a signed copy of The Gourmands’ Way, please select the "signed" version below.

The Gourmands' Way: Six Americans in Paris and the Birth of a New Gastronomy (Hardcover)