Julia Fierro, "The Gypsy Moth Summer" and Kristopher Jansma, "Why We Came to the City" 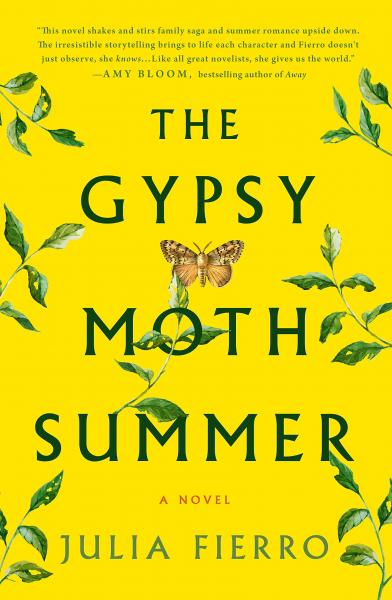 On an island, time can freeze. But in the summer of 1992, young and old felt the change coming, waiting to hatch like the gypsy moth eggs tucked in the crook and bend of every tree on Avalon Island.

It is the summer of 1992 and a gypsy moth invasion blankets Avalon Island. Ravenous caterpillars disrupt early summer serenity on Avalon, an islet off the coast of Long Island--dropping onto novels left open on picnic blankets, crawling across the T-shirts of children playing games of tag and capture the flag in the island's leafy woods. The caterpillars become a relentless topic of island conversation and the inescapable soundtrack of the season.

It is also the summer Leslie Day Marshall--only daughter of Avalon's most prominent family--returns with her husband, a botanist, and their children to live in "The Castle," the island's grandest estate. Leslie's husband Jules is African-American, and their children bi-racial, and islanders from both sides of the tracks form fast and dangerous opinions about the new arrivals.

Maddie Pencott LaRosa straddles those tracks: a teen queen with roots in the tony precincts of East Avalon and the crowded working class corner of West Avalon, home to Grudder Aviation factory, the island's bread-and-butter and birthplace of generations of bombers and war machines.

Maddie falls in love with Brooks, Leslie's and Jules' son, and that love feels as urgent to Maddie as the questions about the new and deadly cancers showing up across the island. Could Grudder Aviation, the pride of the island--and its patriarch, the Colonel--be to blame?

As the gypsy moths burst from cocoons in flocks that seem to eclipse the sun, Maddie's and Brooks' passion for each other grows and she begins planning a life for them off Avalon Island.

Vivid with young lovers, gangs of anxious outsiders; a plotting aged matriarch and her husband, a demented military patriarch; and a troubled young boy, each seeking his or her own refuge, escape and revenge, The Gypsy Moth Summer is about love, gaps in understanding, and the struggle to connect: within families; among friends; between neighbors and entire generations. 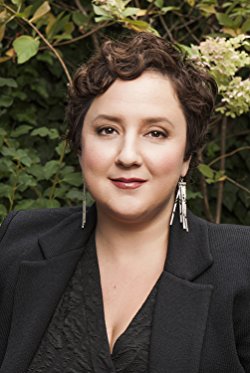 Julia Fierro is the author of the novels The Gypsy Moth Summer and Cutting Teeth. Her work has been published in The Millions, Poets & Writers, Buzzfeed, Glamour, and other publications, and she has been profiled in The Observer and The Economist.

A graduate of the Iowa Writer’s Workshop, Julia founded The Sackett Street Writers' Workshop in 2002, a creative home to more than 3,500 writers in NYC, Los Angeles and Online. SSWW was named “Best Writing Classes” by The Village Voice, Time Out NY, and “Best MFA-Alternative” by Poets & Writers. Julia lives in Brooklyn and Los Angeles. 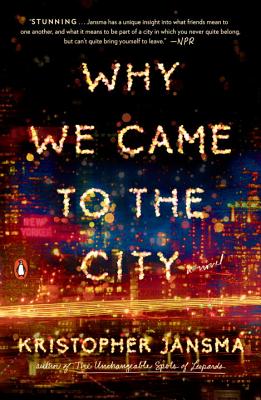 "Stunning . . . A beautiful, sprawling, and generous book. Jansma is a brilliantly talented writer, but he also has a unique insight into what friends mean to one another, and what it means to be part of a city in which you never quite belong, but can't quite bring yourself to leave. It's a heartfelt novel, tender and painful and cathartic all at once, and even if the characters belong to New York, the story belongs to us all." --NPR

December, 2008. A heavy snowstorm is blowing through Manhattan and the economy is on the brink of collapse, but none of that matters to a handful of guests at a posh holiday party. Five years after their college graduation, the fiercely devoted friends at the heart of this richly absorbing novel remain as inseparable as ever: editor and social butterfly Sara Sherman, her troubled astronomer boyfriend George Murphy, loudmouth poet Jacob Blaumann, classics major turned investment banker William Cho, and Irene Richmond, an enchanting artist with an inscrutable past.

Amid cheerful revelry and free-flowing champagne, the friends toast themselves and the new year ahead--a year that holds many surprises in store. They must navigate ever-shifting relationships with the city and with one another, determined to push onward in pursuit of their precarious dreams. And when a devastating blow brings their momentum to a halt, the group is forced to reexamine their aspirations and chart new paths through unexpected losses. 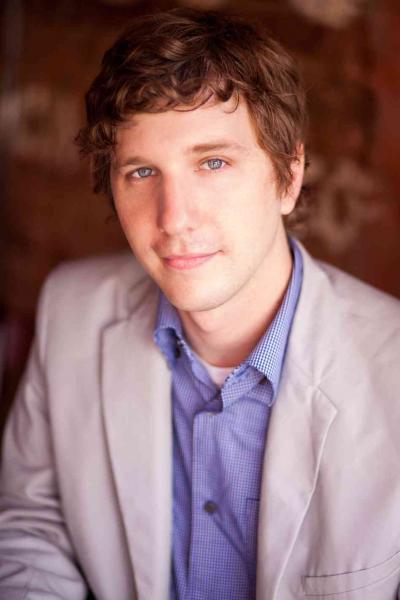 Kristopher Jansma's award-winning debut novel, The Unchangeable Spots of Leopards, was praised for its "wry humor" and "charmingly unreliable narrator" in The New Yorker and hailed as "F. Scott Fitzgerald meets Wes Anderson" by The Village Voice. In Why We Came to the City, Jansma offers an unforgettable exploration of friendships forged in the fires of ambition, passion, hope, and love. This glittering story of a generation coming of age is a sweeping, poignant triumph.

Kristopher Jansma is the author of Why We Came to the City and The Unchangeable Spots of Leopards, winner of the Sherwood Anderson Foundation Fiction Award and recipient of an honorable mention for the PEN/Hemingway Award. He has written for the New York Times, Salon, ZYZZVA, The Believer, The Millions, Slice, and Electric Literature. His work has been noted as distinguished in The Best American Short Stories 2016 and The Best American Essays 2014. He is an assistant professor of English and creative writing at SUNY New Paltz and a graduate lecturer in fiction at Sarah Lawrence College.

If you're unable to attend the event and would like a signed copy of The Gypsy Moth Summer and/or Why We Came to the City, please purchase the "Signed" version below.

Why We Came to the City: A Novel (Paperback)