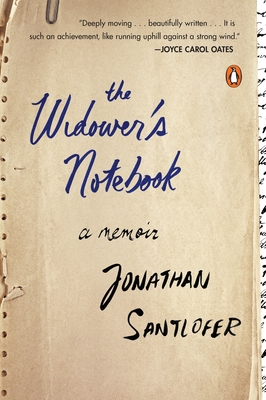 WRITTEN WITH UNEXPECTED HUMOR AND GREAT WARMTH, THE WIDOWER'S NOTEBOOK IS A PORTRAIT OF A MARRIAGE, AN ACCOUNT OF THE COMPLEXITIES OF FINDING ONESELF SINGLE AGAIN AFTER LOSING YOUR SPOUSE, AND A STORY OF THE ENDURING POWER OF FAMILIAL LOVE.

"This is deeply moving ... beautifully written and modulated, with a dollop of droll, black humor. It is such an achievement, like running uphill against a strong wind."

On a summer day in New York, Jonathan Santlofer discovers his wife, Joy, gasping for breath on their living room couch. After a frenzied 911 call, an ambulance race across Manhattan, and hours pacing in a hospital waiting room, a doctor finally delivers the fateful news. Consumed by grief, Jonathan desperately tries to pursue life as he always had--writing, social engagements, and working on his art--but finds it nearly impossible to admit his deep feelings of loss to anyone, not even to his beloved daughter, Doria, or to himself. As Jonathan grieves and heals, he tries to unravel what happened to Joy, a journey that will take him nearly two years.

Jonathan Santlofer is a writer and artist. His debut novel, The Death Artist, was an international bestseller, translated into seventeen languages, and is currently in development for screen adaptation. His fourth novel, Anatomy of Fear, won the Nero Award for best novel of 2009. His short stories have appeared in numerous anthologies. He is also the creator and editor of several anthologies including It Occurs to Me That I Am America, a collection of original stories and art. His paintings and drawings are included in many public and private collections. He lives in New York City.

If you're unable to attend the event and would like a signed copy of The Widower’s Notebook, please purchase the "Signed" version below. 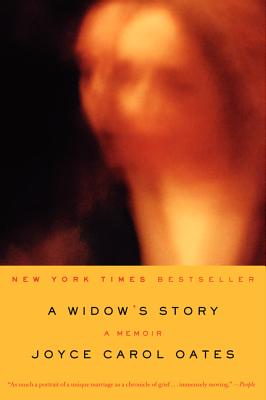 UNLIKE ANYTHING JOYCE CAROL OATES HAS WRITTEN BEFORE, A WIDOW’S STORY IS THE UNIVERSALLY ACCLAIMED AUTHOR’S POIGNANT, INTIMATE MEMOIR ABOUT THE UNEXPECTED DEATH OF RAYMOND SMITH, HER HUSBAND OF FORTY-SIX YEARS, AND ITS WRENCHING, SURPRISING AFTERMATH.

A recent recipient of National Book Critics Circle Ivan Sandrof Lifetime Achievement Award, Oates, whose novels (Blonde, The Gravedigger’s Daughter, Little Bird of Heaven, etc.) rank among the very finest in contemporary American fiction, offers an achingly personal story of love and loss. A Widow’s Story is a literary memoir on a par with The Year of Magical Thinking by Joan Didion and Calvin Trillin’s About Alice.

Joyce Carol Oates is a recipient of the National Medal of Humanities, the National Book Critics Circle Ivan Sandrof Lifetime Achievement Award, the National Book Award, and the PEN/Malamud Award for Excellence in Short Fiction, and has been several times nominated for the Pulitzer Prize. She has written some of the most enduring fiction of our time, including the national bestsellers We Were the Mulvaneys, Blonde, which was nominated for the National Book Award, and the New York Times bestseller The Falls, which won the 2005 Prix Femina. Her most recent novel is A Book of American Martyrs. She is the Roger S. Berlind Distinguished Professor of the Humanities at Princeton University and has been a member of the American Academy of Arts and Letters since 1978.

If you're unable to attend the event and would like a signed copy of A Widow’s Story, please purchase the "Signed" version below.

The Widower's Notebook: A Memoir (Paperback)

A Widow's Story: A Memoir (Paperback)