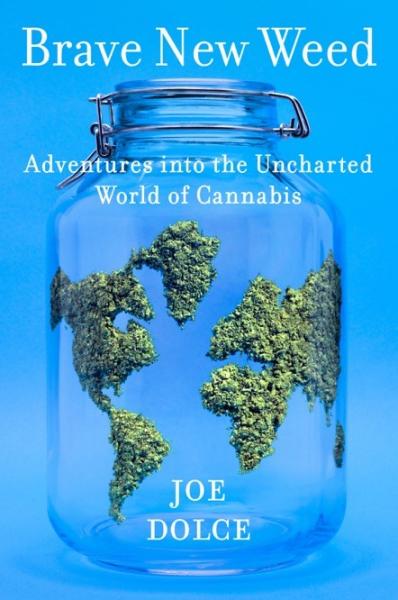 It’s been around for ten thousand years and made its way into every culture that it has come in contact with. It has been ubiquitous in our American lives, but because of laws that have blocked research we’ve never really understood how cannabis works and how it could work even better. That’s changing now.

Joe Dolce is an explorer in this uncharted world of weed. He spent four years reporting around the world to understand the plant and its potential applications and he has documented his amazing journey in a new book, Brave New Weed: Adventures into the Uncharted World of Cannabis.

The former editor-in-chief of Details and Star adventures into the fascinating "brave new world" of cannabis, tracing its history and possible future as he investigates the social, medical, legal, and cultural ramifications of this surprisingly versatile plant.

Pot. Weed. Grass. Mary Jane. We all think we know what cannabis is and what we use it for. But do we? Our collective understanding of this surprising plant has been muddled by politics and morality; what we think we know isn’t the real story.

A war on cannabis has been waged in the United States since the early years of the twentieth century, yet in the past decade, society has undergone a massive shift in perspective that has allowed us to reconsider our beliefs. In Brave New Weed, Joe Dolce travels the globe to "tear down the cannabis closet" and de-mystify this new frontier, seeking answers to the questions we didn’t know we should ask.

Dolce heads to a host of places, including Amsterdam, Israel, California, and Colorado, where he skillfully unfolds the odd, shocking, and wildly funny history of this complex plant. From the outlandish stories of murder trials where defendants claimed "insanity due to marijuana consumption" to the groundbreaking success stories about the plant’s impressive medicinal benefits, Dolce paints a fresh and much-needed portrait of cannabis, our changing attitudes toward it, and the brave new direction science and cultural acceptance are leading us.

In this intimate and illuminating discussion, he’ll let you in on some of the secrets he has discovered:

- How to design the type of high you want.

- The risks (the real ones, not the imagined ones) and hidden pleasures.

- How to buy it, store it, and how to use it for wellness and enjoyment. 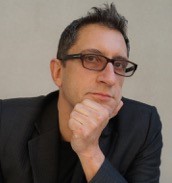 Enlightening, entertaining, and thought-provoking, Brave New Weed is a compelling read that will surprise and educate proponents on both sides of the cannabis debate.

Joe Dolce is the former editor in chief of Details and Star magazines, and has written for many of the world’s leading publications, including the New York Times, Gourmet, and Travel + Leisure. He is the CEO and founder of Joe Dolce Communications, a presentation and media-training company based in New York City. He is not a stoner.

If you're unable to attend the event and would like a signed copy of Brave New Weed, please purchase the "Signed" version below.