Eric Fischl, "Bad Boy: My Life On and Off The Canvas" 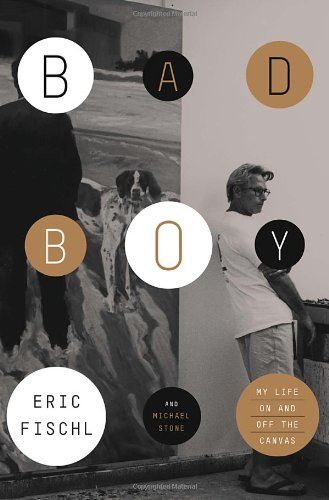 In Bad Boy, renowned American artist Eric Fischl has written a penetrating, often searing exploration of his coming of age as an artist, and his search for a fresh narrative style in the highly charged and competitive New York art world in the 1970s and 1980s.

With such notorious and controversial paintings as "Bad Boy" and "Sleepwalker", Fischl joined the front ranks of America artists, in a high-octane downtown art scene that included Andy Warhol, David Salle, Julian Schnabel, and others. It was a world of fashion, fame, cocaine and alcohol that for a time threatened to undermine all that Fischl had achieved.

In an extraordinarily candid and revealing memoir, Fischl discusses the impact of his dysfunctional family on his art—his mother, an imaginative and tragic woman, was an alcoholic who ultimately took her own life. Following his years as a student at Cal Arts and teaching in Nova Scotia, he describes his early years in New York with the artist April Gornik, just as Wall Street money begins to encroach on the old gallery system and change the economics of the art world.

Fischl rebelled against the conceptual and minimalist art that was in fashion at the time to paint compelling portraits of everyday people that captured the unspoken tensions in their lives. Still in his thirties, Eric became the subject of a major Vanity Fair interview, his canvases sold for as much as a million dollars, and The Whitney Museum mounted a major retrospective of his paintings.

Bad Boy follows Fischl’s maturation both as an artist and sculptor, and his inevitable fall from grace as a new generation of artists takes center stage, and 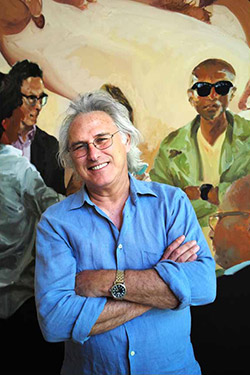 he is forced to grapple with his legacy and place among museums and collectors. Beautifully written, and as courageously revealing as his most provocative paintings, Bad Boy takes the reader on a roller coaster ride through the passion and politics of the art world as it has rarely been seen before.

Eric Fischl is America’s foremost narrative painter; his paintings hang in the Metropolitan Museum of Art, the Whitney Museum of American Art, the Museum of Modern Art, and in collections throughout the world. He lives with his wife, the acclaimed landscape artist April Gornik, in Sag Harbor, Long Island.

If you're unable to attend the event and would like a signed copy of Bad Boy: My Life On and Off The Canvas, please purchase the "Signed" version below.

Bad Boy: My Life On and Off the Canvas (Hardcover)