Diane Tuft, "The Arctic Melt: Images of a Disappearing Landscape" 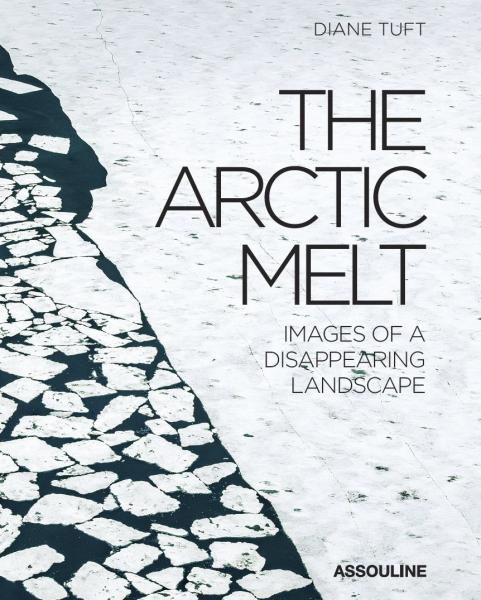 The Arctic Melt: Images of a Disappearing Landscape is a brilliant new monograph by universally acclaimed art and environmental photographer Diane Tuft.

Following on the heels of Tuft's previous publication, Gondwana: Images of an Ancient Land, this new book showcases her breathtaking and visually astounding journey to capture the ice in the Arctic Circle before the constant melt renders the once-frozen landscape unrecognizable. The Arctic Melt features photographs of the North Pole, the mountain glaciers of Svalbard, Norway, and the icebergs and ice sheet of Greenland.

In a remarkably new take on illustrating the effects of global warming, and with more than fifty stunning photographs, The Arctic Melt chronicles Tuft's passage through the waning tundra as millennia of ice thaw at a faster rate than ever before.

Diane Tuft is a mixed-media artist who has focused primarily on photography since 1998. She earned a degree in mathematics at the University of

Connecticut before continuing her studies in art at the Pratt Institute, New York. She has always been fascinated by the mystery of what exists beyond the visible, and capturing this through her camera has been a guiding principle of her work.

Tuft has had solo exhibitions at the Marlborough Gallery, the Ameringer-Yohe Gallery, and the Pace Gallery, in New York City; the Kimball Art Center, in Park City, Utah; the Bruce Museum, in Greenwich, Connecticut; and the Southampton Center, in Southampton, New York.

Her work is included in the permanent collection of the Whitney Museum of American Art; the International Center of Photography, in New York City; the Parrish Art Museum, in Water Mill, New York; as well as numerous private collections. Tuft lives and works in New York City.

If you're unable to attend the event and would like a signed copy of The Arctic Melt: Images of a Disappearing Landscape, please purchase the "Signed" version below.