They survived the Initiation. Now the real test begins.

Drayden and his friends thought nothing could be harder than the Initiation. Little did they know it had only been a warmup for the challenge that lay ahead.

With New America’s situation dire, Drayden and the pledges venture into the unexplored world beyond the walls, escorted by a team of elite Guardians. The group seeks to contact another civilization in what remains of Boston, but Drayden has secret goals of his own.

Dangers abound in the outside world, including Aeru, the deadly superbug that wiped out humanity. While they battle the elements of a desolate landscape, a power struggle emerges within their ranks. The Guardians seem to be carrying out a covert mission themselves, and the quest turns everything they thought they knew about New America upside down. 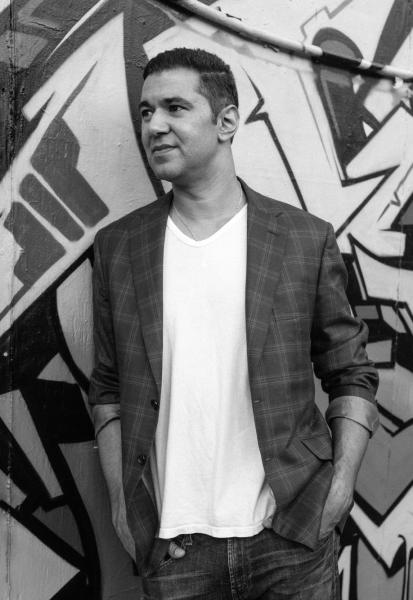 Chris Babu grew up in North Haven, CT, playing soccer and the violin in his free time. After devouring The Shining under the covers with a flashlight when he was eight, Chris was hooked on fiction. He's always had a thing for young adult books. But he's also a major science and math nerd—physics being his favorite—and he has a math degree from MIT.

For nineteen years, he worked as a bond trader on Wall Street, riding the subway to and from work every day. He traded mortgage-backed securities for Bank of America and then Deutsche Bank, where he eventually ran the MBS trading desk. Now Chris writes full-time, always with his trusted assistant Buddy, a 130-pound Great Dane, who can usually be found on his lap. They split their time between New York City and the east end of Long Island. Their omnipresence at home drives his wife Michelle and daughter Lily crazy. He can be found at chrisbabu.com.

If you're unable to attend the event and would like a signed copy of The Expedition, please purchase the "Signed" version below.

The Expedition (The Initiation #2) (Hardcover)

Signed "The Expedition" (Not Attending)