BookHampton Book Club: "A Ghost in the Throat"

JOIN US FOR THE AUGUST MEETING OF THE BOOKHAMPTON BOOK CLUB!

A dazzling exploration of the ties that bind women over centuries. Modern day Irish poet Doireann Ni Ghriofa writes of her obsession with an 18th century poem deemed, "The greatest poem written in Ireland or Britain" during its era. A fluid hybrid of essay and auto-fiction. Utterly original. 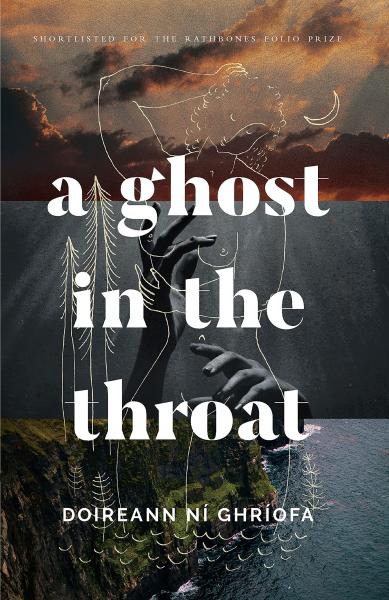 When we first met, I was a child, and she had been dead for centuries. I am eleven, a dark-haired child given to staring out window ... Her voice makes it 1773, a fine day in May, and puts English soldiers crouching in ambush; I add ditch-water to drench their knees. Their muskets point towards a young man who is falling from his saddle in slow, slow motion. A woman hurries in and kneels over him, her voice rising in an antique formula of breath and syllable the teacher calls a caoineadh, a keen to lament the dead.

In the eighteenth century, on discovering her husband has been murdered, an Irish noblewoman drinks handfuls of his blood and composes an extraordinary lament that reaches across centuries to the young Doireann Ní Ghríofa, whose fascination with it is later rekindled when she narrowly avoids fatal tragedy in her own life and becomes obsessed with learning everything she can about the poem Peter Levi has famously called "the greatest poem written in either Ireland or Britain" during its era. A kaleidoscopic blend of memoir, autofiction, and literary studies, A Ghost in the Throat moves fluidly between past and present, quest and elegy, poetry and the people who make it.

THE BOOK CLUB WILL MEET IN PERSON AT BOOKHAMPTON!

WE REQUEST THAT PARTICIPANTS ARE VACCINATED.

A Ghost in the Throat (Paperback)