JOIN US FOR THE MARCH MEETING OF THE BOOKHAMPTON BOOK CLUB!

THE BOOKHAMPTON BOOK CLUB MEETS THE FIRST TUESDAY OF EVERY MONTH AT 6PM. PLEASE JOIN US! 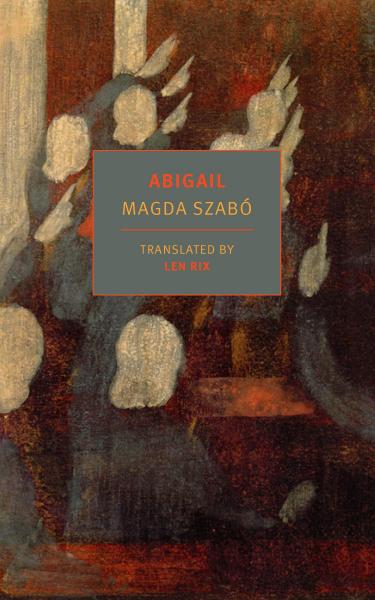 From the author of The Door, a beloved coming-of-age tale set in WWII-era Hungary.

Abigail, the story of a headstrong teenager growing up during World War II, is the most beloved of Magda Szabó’s books in her native Hungary. Gina is the only child of a general, a widower who has long been happy to spoil his bright and willful daughter. Gina is devastated when the general tells her that he must go away on a mission and that he will be sending her to boarding school in the country. She is even more aghast at the grim religious institution to which she soon finds herself consigned. She fights with her fellow students, she rebels against her teachers, finds herself completely ostracized, and runs away. Caught and brought back, there is nothing for Gina to do except entrust her fate to the legendary Abigail, as the classical statue of a woman with an urn that stands on the school’s grounds has come to be called. If you’re in trouble, it’s said, leave a message with Abigail and help will be on the way. And for Gina, who is in much deeper trouble than she could possibly suspect, a life-changing adventure is only beginning.

There is something of Jane Austen in this story of the deceptiveness of appearances; fans of J.K. Rowling are sure to enjoy Szabó’s picture of irreverent students, eccentric teachers, and boarding-school life. Above all, however, Abigail is a thrilling tale of suspense.

"The English edition of Abigail is as welcome as it is overdue. Len Rix’s translation is deft, but Szabo’s frank, conversational prose takes a back seat to her sinuous plotting: The novel unspools its secrets over many pages, and the resulting tour de force is taut with suspense." —Becca Rothfeld, The New York Times Book Review

“This infectious coming-of-age novel from Szabó, released in 1970 and translated into English for the first time, is a rollicking delight. Gina Vitay, the headstrong, spoiled lead, is reminiscent of Jane Austen’s Emma.… Szabó pairs the psychological insights reader will recognize from her novel The Door with action more akin to Harry Potter. Gina is one of Szabó‘s finest creations.” —Publishers Weekly, starred review