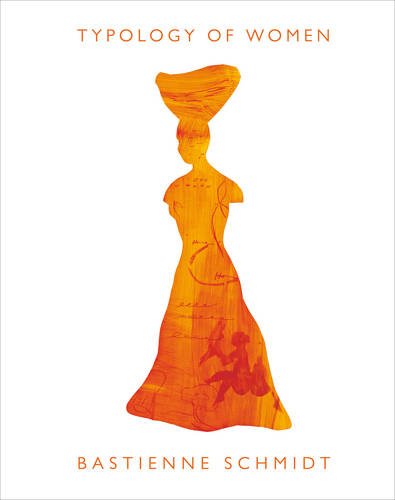 For her latest publication, Typology of Women, German-born, Hamptons-based, mixed-media artist Bastienne Schmidt (born 1961) has created a series of hand-painted orange cutouts of different types of women as they have been represented in different historical periods, in popular culture and in literature.

The clarifying, codifying logic of the typology―the systematic classification of types that have characteristics in common―is undermined by Schmidt’s spare, enigmatic silhouettes. Referencing ancient Greek pottery, Japanese woodcuts, American pop culture and fairy tales, Schmidt’s figures are vaguely familiar and recognizably female but often seem to dodge exact classification. Also inspired by the rigorous systematic method of Bernd and Hilla Becher and the politics of Simone de Beauvoir’s The Second Sex, Typology of Women expresses both the reduction of the represented female form and its almost infinite diversity.

Bastienne Schmidt is a mixed media artist working with photography, painting and large-scale drawings. She was 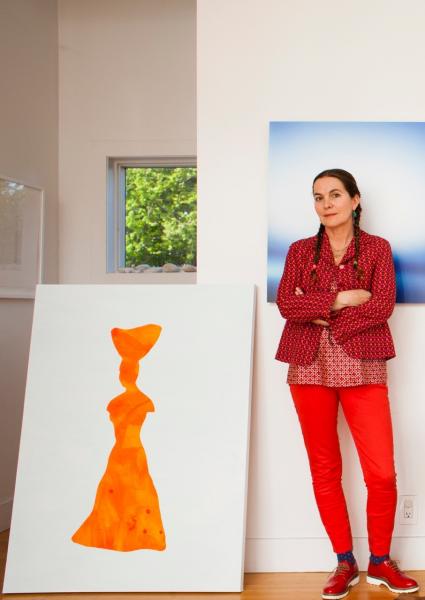 born in Germany, raised in Greece and Italy and has lived in New York for the past 20 years.

Her art work is included in the collection of the Museum of Modern Art in New York, the International Center of Photography, the Brooklyn Museum, the Corcoran Gallery in Washington D.C. the Victoria and Albert Museum in London and the Bibliothèque Nationale in Paris among others.

Bastienne's work has been shown nationally and internationally in over 100 exhibitions among them the International Center of Photography in New York, the Brooklyn Museum, The New Museum, The Museum fuer Kunst und Gewerbe in Hamburg and the Southeast Museum in Photography in Daytona Beach, Florida. She has published 6 monographs, among them Vivir la Muerte, American Dreams, Shadowhome, Home Stills, Topography of Quiet, and Typology of Women.

If you're unable to attend the event and would like a signed copy of Typology of Women, please purchase the "Signed" version below.