His Scandal, Her Secret.

From New York Times bestselling author Alafair Burke, a stunning domestic thriller in the vein of Behind Closed Doors and The Woman in Cabin 10—in which a woman must make the impossible choice between defending her husband and saving herself.

When Angela met Jason Powell while catering a dinner party in East Hampton, she assumed their romance would be a short-lived fling, like so many relationships between locals and summer visitors. To her surprise, Jason, a brilliant economics professor at NYU, had other plans, and they married the following summer. For Angela, the marriage turned out to be a chance to reboot her life. She and her son were finally able to move out of her mother’s home to Manhattan, where no one knew about her tragic past.

Six years later, thanks to a bestselling book and a growing media career, Jason has become a cultural lightning rod, placing Angela near the spotlight she worked so carefully to avoid. When a college intern makes an accusation against Jason, and another woman, Kerry Lynch, comes forward with an even more troubling allegation, their perfect life begins to unravel. Jason insists he is innocent, and Angela believes him. But when Kerry disappears, Angela is forced to take a closer look—at both the man she married and the women she chose not to believe. 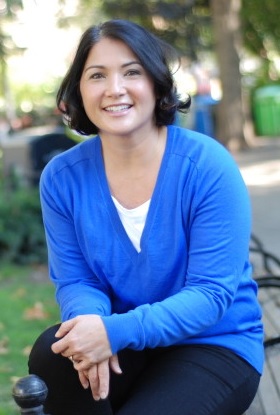 This much-anticipated follow-up to Burke’s Edgar-nominated The Ex asks how far a wife will go to protect the man she loves: Will she stand by his side, even if he drags her down with him?

Alafair Burke is the New York Times bestselling, Edgar-nominated author of eleven previous novels, including "two power house series" (Sun-Sentinel) that have earned her a reputation for creating strong, believable, and eminently likable female characters, such as NYPD Detective Ellie Hatcher and Portland Deputy District Attorney Samantha Kincaid. Her most recent novel, THE EX, was nominated for the 2017 Edgar Award for Best Novel. She also co-authors the bestselling Under Suspicion series with Mary Higgins Clark.

After the craziness of August, the end of summer is supposed to bring peace and tranquility to the posh seaside enclave of East Hampton, New York. Antonia Bingham, chef and proprietor of the town’s prestigious Windmill Inn, has been lining up new recipes to try in the quiet, golden days of September, and looks forward to putting murder and mayhem behind her so she can focus on herself and her business.

But when a Labor Day visit by two slick Wall Streeters ends with their gruesome deaths in a summer rental house, Antonia is pulled back to the dark side. With mysterious guests (and possible suspects) popping in and out of the inn, Antonia has no choice but to put back on her sleuthing cap and try to decipher who butchered these men. Wading through social media, the local nightclub scene, share houses, and other unfamiliar haunts of the young and glamorous is an eye-opener for Antonia—and a major time commitment. And the timing couldn't be worse, because Nick Darrow, Antonia’s movie star crush, is back in town, available and ready for a commitment...while Antonia’s sinister ex-husband is making his presence known in her life again, too.

The high season may be over but Antonia has never been busier, juggling work and crime—and fighting for her own life, too—in Death on Bull Path, the fourth installment of The Hampton Murder Mystery Series by best-selling author Carrie Doyle. 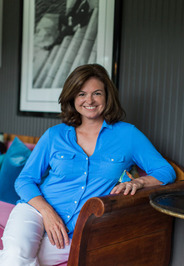 Carrie Doyle Karasyov lives with her husband and sons in New York City and East Hampton, NY. A fan of mystery and crime novels, a cooking enthusiast, a former employee of Food Network star Ina Garten’s at the Barefoot Contessa store, and a generally nosy person, Carrie combined all of her interests to create Antonia Bingham, the foodie innkeeper and reluctant detective character who stars in the Hamptons Murder Mystery series. Carrie is the bestselling author of six novels (written as Carrie Karasyov, five of them with Odd Mom Out’s Jill Kargman), and five optioned screenplays (one of which was produced and screened at the Sundance festival), as well as a Contributing Editor to Hamptons magazine. The founding editor of Marie Claire magazine’s Russian edition, as well as a former editor at Harper’s Bazaar magazine and Harper’s Bazaar Russia, Carrie is currently developing an animated comedy series she has co-written with her 15- and 13-year-old sons. Visit Carrie’s author site at www.carriekarasyov.com for news on the next installment of the Hamptons Murder Mystery series.

If you're unable to attend the event and would like a signed copy of The Wife or Death on Bull Path, please purchase the "Signed" version below.

The Wife: A Novel of Psychological Suspense (Hardcover)