After Andy: Natasha Fraser-Cavassoni in Conversation with Vincent Fremont and Bob Colacello

Natasha will be in conversation with Vincent Fremont, currently an Advisor to Art News who worked for Andy Warhol from 1969 - 1987 and was Natasha’s first boss, as well as Bob Colacello, contributing editor at Vanity Fair and Author of Holy Terror: Andy Warhol Close Up.

In After Andy, writer Natasha Fraser-Cavassoni recounts her experience working in Andy Warhol's Studio, and explores Warhol's influence--during his life and forever after--on the art world, pop culture, society, and fashion, and how his iconic status gave rise to some of our most influential tastemakers today.

Spanning her own childhood through her late twenties, Natasha Fraser-Cavassoni's After Andy is a memoir and social exploration of the influence that artist Andy Warhol exerted throughout his lifetime and beyond. Born and raised in 1960's London, the daughter of a famous politician and equally famous author-mother, Fraser-Cavassoni was one of many children and adolescents who looked toward America for the explosion of art, music, and entertainment that was shaping the new culture. A precocious, rambunctious adolescent, Fraser-Cavassoni grew in just a matter of a few teenage years from a punk-rock-loving convent schoolgirl to party-girl socialite to becoming linked in the tabloids to Mick Jagger.

In her quest to find a place for herself in the world, Fraser-Cavassoni found herself meeting Andy Warhol on and off over the years before landing in New York City at Andy Warhol Enterprises, or as she calls it, "Adventures in Warhol Land." In her breezy, witty, self-deprecating prose, Fraser-Cavassoni takes the reader deep into the pop artist's world--as well as miles into the stratosphere of the socialites, movie stars, royal figures, and downtown NYC artists who could be found in Warhol's orbit--working and partying closely with Fred Hughes, Ed Hayes, Brigid Berlin, Vincent Fremont, and many others who were part of the Factory clan.

Having been the last person hired to work at the Warhol Studio before Warhol's death, Fraser-Cavassoni recounts the end of an era and the establishment of a global icon. From the behind-the-scenes conflict and disagreements over his personal possessions and art inventory to the record-breaking auction of his belongings and publication of his diaries, Fraser-Cavassoni had a front seat for much of the goings-on. She explores the immediate aftermath of Warhol's death and his ever-growing influence that ranged from New York and Los Angeles and throughout Europe, and his effect on rock music, fashion and other artists, and interviews dozens of the people who knew him well. 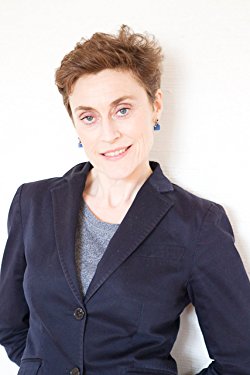 Natasha Fraser-Cavassoni is the author of Sam Spiegel, Tino Zervudachi, Monsieur Dior, Loulou de la Falaise, and Vogue on Yves Saint Laurent. Fraser-Cavassoni was the European editor for Harper's Bazaar from 1999 to 2004 after serving as a staff member and journalist at Women's Wear Daily and W magazine. She lives in Paris.

Vincent Fremont is Senior Advisor to ARTnews. Earlier in his career, Fremont was vice president of Andy Warhol Enterprises and executive manager of the artist’s studio. Following Warhol’s death in 1987, he was instrumental in forming the Andy Warhol Foundation for the Visual Arts. From 1991 to 2010, he was the foundation’s sales agent, and he has worked as an artist advisor.

Bob Colacello ran Interview Magazine from 1971 to 1983. Since then he has been a contributing editor at Vanity Fair. Colacello wrote Holy Terror: Andy Warhol Close Up, which has been hailed as the best of the Warhol accounts. The first volume of his Reagan biography, Ronnie and Nancy: Their Path To the White House, 1911-1980 was published in 2004 and a collection of his photographs of the Factory years, Bob Colacello’s Out was published in 2007. He lives on Long Island.

If you're unable to attend the event and would like a signed copy of After Andy, please purchase the "Signed" version below.