The Matter of Black Lives: Writing from the New Yorker (Compact Disc) 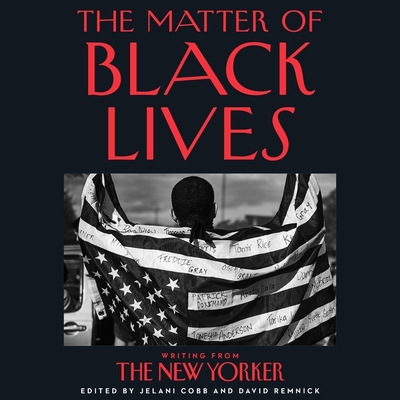 This latest anthology from the pages of the New Yorker is a bold and telling portrait of Black life in America, featuring astonishing early work from Rebecca West's account of a lynching trial and James Baldwin's Letter from a Region in My Mind (which later formed the basis of The Fire Next Time) to more recent writing by Toni Morrison, Ta-Nehisi Coates, Zadie Smith, Hilton Als, Jamaica Kincaid, Malcolm Gladwell, Elizabeth Alexander, Chimamanda Ngozi Adichie, Doreen St. F lix, Henry Louis Gates Jr., Kelefa Sanneh, and more. Reaching back across the last century, The Matter of Black Lives includes a wide array of material from the New Yorker archives ranging across essays, reported pieces, profiles, criticism, and historical pieces. The book addresses everything from the arts to civil rights, matters of justice, and politics; it brings us up to the present day with accounts of what Jelani Cobb calls The American Spring. The result is a startling and nuanced portrait of this country's complex relationship with race.