The Christ Conspiracy: The Greatest Story Ever Sold--Revised Edition (Paperback) 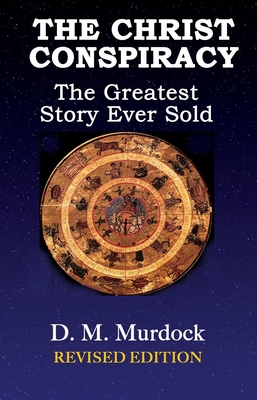 This is an updated and revised edtion with new credible evidence, a multitude of highly respected academic source citations, new pictures, an updated bibliography, index and more, by archaeologist, historian, mythologist and linguist D. M. Murdock (writing earlier as Acharya S.). Murdock marshals an enormous amount of startling evidence to demonstrate that Christianity and the story of Jesus Christ were created by members of various secret societies, mystery schools and religions in order to unify the Roman Empire under one state religion. In developing such a fabrication, this multinational cabal drew upon a multitude of myths and rituals that existed long before the Christian era, and reworked them for centuries into the religion passed down to us today. Contrary to popular belief, there was no single man who was at the genesis of Christianity; Jesus was many characters rolled into one. These characters personified the ubiquitous solar myth, and their exploits were well known, as reflected by such popular deities as Mithras, Heracles/Hercules, Dionysos and many others throughout the Roman Empire and beyond. The story of Jesus as portrayed in the Gospels is revealed to be nearly identical in detail to that of the earlier savior-gods Krishna and Horus, who for millennia preceding Christianity held great favor with the people. The Christ Conspiracy shows the Jesus character as not unique or original, not "divine revelation." Christianity reinterprets the same extremely ancient body of knowledge that revolved around the celestial bodies and natural forces. The result of this myth making has been "The Greatest Conspiracy Ever Sold.