Branded by the Pink Triangle (Paperback) 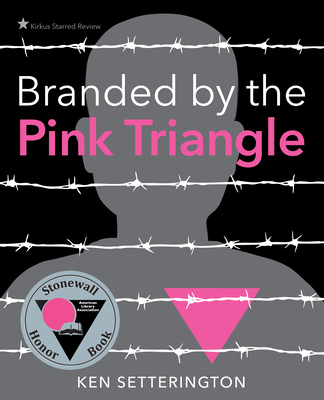 A history of the persecution of gay men by the Nazi regime during the Holocaust. When the Nazis came to power in Europe, the lives of homosexuals came to be ruled by fear as raids, arrests, prison sentences and expulsions became the daily reality. When the concentration camps were built, homosexuals were imprisoned along with Jews. The pink triangle, sewn onto prison uniforms, became the symbol of their persecution. This book combines historical research with first-person accounts and individual stories to bring this time to life for readers. From the first chapter, with its story of a young Jewish girl who was rescued from the depths of despair and starvation in the camps by a fellow prisoner who wore the pink triangle, to the last, entitled It Gets Better, which outlines the strides forward in gay rights made in the decades since the war, the feeling of bravery and perseverance in the face of inhuman cruelty shines through.