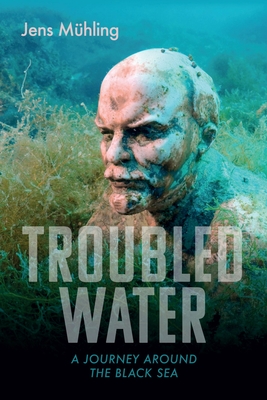 A history of the countries bordering the Black Sea told through the stories of the people who live there.

Fringing the Black Sea is a diverse array of countries, some centuries old and others emerging only after the collapse of the Soviet Union. Jens Mühling travels through this region, telling the stories of the people he meets along the way in order to paint a picture of the mix of cultures found here and to understand the present against a history stretching back to the arrival of Ancient Greek settlers and beyond.

A fluent Russian speaker with a knack for gaining the trust of those he meets, Mühling brings together a cast of characters as diverse as the stories he hears, all of whom are willing to tell him their complex, contradictory, and often fantastical tales full of grief and legend. He meets descendants of the so-called Pontic Greeks, whom Stalin deported to Central Asia and who have now returned; Circassians who fled to Syria a century ago and whose great-great-grandchildren have returned to Abkhazia; and members of ethnic minorities like the Georgian Mingrelians or Bulgarian Muslims, expelled to Turkey in the summer of 1989. Mühling captures the region’s uneasy alliance of tradition and modernity and the diverse humanity of those who live there.


Simon Pare is a translator from French and German living near Zurich.

"Informative and often entertainingly wry . . . Today it is impossible to read Simon Pare’s English translation without thinking of the horror that has since enveloped much of the region to the Black Sea’s north and west. . . . This account, not inappropriately, is often presented in fragments, as his interlocutors share what they know and Mr. Mühling fills in the gaps with enough historical detail to ensure that his readers are not lost. And the background to some of the tales he relates—vanished kingdoms and khanates, and a scrap of Rome that outlasted even Byzantium—ought to stir any imagination."
— Wall Street Journal

"Far from a remote frontier, the war has made clear that the Black Sea plays a central role in the global economy and global security. It’s a place we should all be getting more familiar with. . . . Mühling makes for an observant and often wry traveling companion, conversant in several of the region’s languages. . . . Mühling is certainly drawn to the obscure and the surprising in the places he visits. One section on the nationwide tree-relocation campaign by Georgia’s billionaire ex-prime minister, for example, verges on magical realism. But he refuses to exoticize local quirks in the way of Herodotus and his ilk. He instead sets out to discover whether a Black Sea regional identity exists, distinct from the nation-states that surround it."
— Washington Post

"[Mühling] explores nations ancient and nascent, meets everyone from marine scientists to cigarette smugglers, and digs into a history of neighborly conflict. It's a brisk and brilliant tour, a reminder that ethnically mixed communities shaped these shores for hundreds of years, until they were torn apart by imperialists and nationalists."
— Telegraph

"Against a backdrop of demographic, political, and environmental change, the civilizations of the Black Sea are examined by looking at every situation from more than one angle. Pare’s vibrant translation from the original German brings out the literary qualities of the prose. Troubled Water is an exuberant travelogue that reveals the complex civilizations that surround the Black Sea."
— Foreword Reviews (starred review)

“It is impossible not to admire the way Mühling skims effortlessly around what must be one of the most fractious coastal circumferences in the world, dipping onshore at key locations to tease out its most telling stories. He has a happy knack of bumping into characters who help unpick the layers of Black Sea history, undertaking (on the reader’s behalf) prodigious drinking sessions in the company of Circassians and Cossacks, Pontic Greeks, Armenians and Abkhazis. The net result is a 360-degree picture assembled from a jigsaw puzzle of humanity.”
— Andrew Eames, author of Blue River, Black Sea

“From Ovid to small-town oligarchs, from the Scythians to modern-day cigarette smugglers, Troubled Waters takes the reader on a fascinating journey along the patchworked coasts of the Black Sea, a tour de force through geography and ethnography, culture and conflict, charting a course strewn with intriguing points of connection where the traveller-author meets the people who live on these history-laden shores. With learnedness and wry humour, Mühling explores the harbours and coves of this famed, yet obscure body of water, masterfully rendering the vibrant colours and proportions of an ocean of epic events and of small, yet tall tales.”
— Erika Fatland, author of The Border: A Journey Around Russia

“In this brilliant and humane journey, Mühling explores the nations, societies and  minorities jostling passionately around the Black Sea. He enters into the turbulent lives of those he meets, and there is an unforgettable anecdote—sometimes tragic and horrifying, sometimes merry and touching, on almost every page.”
— Neal Ascherson, author of Black Sea