The Tenant of Wildfell Hall (Hardcover) 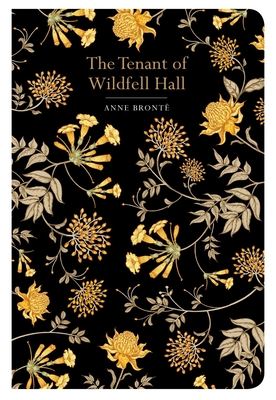 Chiltern creates the most beautiful editions of the World's finest literature.

Your favorite classic titles in a way you have never seen them before; the tactile layers, fine details and beautiful colors of these remarkable covers make Chiltern classics feel extra special and look striking on any shelf.

The Tenant of Wildfell Hall by Anne Bronte, tells the story of young Helen Graham's disastrous marriage to the dashing drunkard Arthur Huntingdon--said to be modeled on the author's brother Branwell--and her flight from him to the seclusion of Wildfell Hall. Pursued by Gilbert Markham, who is in love with her, Graham refuses him and, by way of explanation, gives him her journal. There he reads of her wretched married life. Eventually, after Huntingdon's death, they marry.

Anne Bronte's second but last novel, The Tenant of Wildfell Hall was first published in 1848 under the pseudonym of Acton Bell, and was an immediate success. It is now considered to be the one of the first feminist novels.