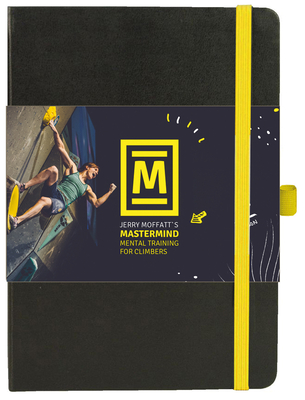 There are few climbers who could be acknowledged as the best of their generation, but Jerry Moffatt is one of them. After taking up climbing while at school in Llandudno in the 1970s he went on to become arguably the best climber in the world during the 1980s and continued to operate at the highest level throughout the 1990s. His routes and boulder problems, such as Liquid Ambar, Evolution, The Ace and Dominator, are still considered prized ticks by today's top climbers. He has climbed and trained with many of the world's best climbers, including Wolfgang Gullich and Ben Moon, and is as renowned for his mental strength as well as his physical strength and technical ability. Jerry's autobiography, Revelations, co-written with Niall Grimes, won the Grand Prize at the Banff Mountain Book Festival in 2009. Mastermind is his second book.