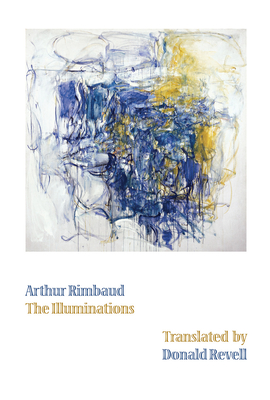 With perfect pitch for contemporary readers, Donald Revell's new translation of The Illuminations offers all the immediacy, hallucinatory surreality, and wit of the intimate particularity that secured Rimbaud's position as a major poet renowned for his strangely seductive power and innocence. Rimbaud was a dangerous and exhilarating force whose break with literary forms and conventions changed forever the way poems would be read and written. Published with the French on facing pages and with an insightful afterward by the translator, Donald Revell plunges readers into the heart of Rimbaud's mysterious, revelatory beauty. This lucid and lively translation of a seminal work will show current readers of English all the ways that Rimbaud's incandescence remains essential and relevant today.

A volatile and peripatetic poet, the prodigy ARTHUR RIMBAUD wrote all of his poetry in a space of less than five years. His poem "Voyelles" invoked synesthesia, marking him as a founder of French symbolism, and his Une Saison en Enfer (A Season in Hell) is considered one of the first works of free verse. His poetry was subconsciously inspired and highly suggestive; his persona was caustic and unstable. Though brilliant, during his life his peers regarded him as perverse, unsophisticated, and youthfully arrogant, and he died virtually indifferent to his own work. DONALD REVELL is Professor of English & Director of Creative Writing programs at UNLV. Thief of Strings is his tenth poetry collection, published by Alice James. Twice winner of the PEN Center USA Award for Poetry, he has also won the Academy of American Poets Lenore Marshall Prize and is a former fellow of the Ingram Merrill and Guggenheim Foundations. Additionally, he has twice been granted fellowships in poetry from the National Endowment for the Arts. Donald Revell's previous translations include A Season in Hell by Arthur Rimbaud (Omnidawn 2007), which won the PEN USA Translation Award. He has also translated The Self-Dismembered Man: Selected Later Poems by Guillame Apollinaire, and Alcools: Poems by Guillame Apollinaire, both published by Wesleyan University Press. His books of essays include Invisible Green: Selected Prose, published by Omnidawn. Former editor-in-chief of Denver Quarterly, he now serves as poetry editor of Colorado Review. Revell lives in the desert south of Las Vegas with his wife, poet Claudia Keelan, and their children Benjamin Brecht and Lucie Ming.

"What distinguishes Revell's [translation of The Illuminations] is its exquisite, carefully modulated musicality . . . in perfect keeping with the protean, inestimably influential original, making this among the finest of its English translations yet produced."  —Publishers Weekly

"What a blessing to be given Donald Revell's revelling again in the work of Rimbaud, this time in The Illuminations, Rimbaud's ecstatic vision of life on earth and its end. His 'further gospel' (following that of Jesus of Nazareth) proclaims not hope, but happiness. And all in Revell's brilliantly buoyant natural language, and, as in A Season in Hell, the gift of his risky and devoted Translator's Afterword."  —Jean Valentine, poet

"I have yet to come across a better living translator working in French today, and I wholeheartedly recommend Revell’s translations to francophone and English-speaking readers alike."  —Prick of the Spindle Web Magazine