24 Hours in Ancient Rome: A Day in the Life of the People Who Lived There (Hardcover) 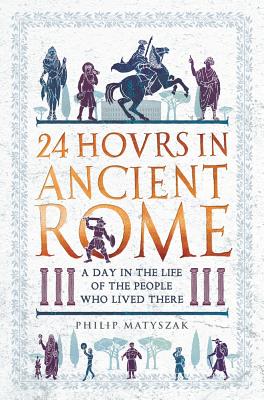 By Philip Matyszak
Email or call for price.
Out of Print

Walk a day in a Roman’s sandals. What was it like to live in one of the ancient world’s most powerful and bustling cities—one that was eight times more densely populated than modern day New York? In this entertaining and enlightening guide, historian Philip Matyszak introduces us to the people who lived and worked there. In each hour of the day we meet a new character—from emperor to slave girl, gladiator to astrologer, medicine woman to water-clock maker—and discover the fascinating details of their daily lives.

Philip Matyszak has written a number of titles on Ancient Rome, including Ancient Rome on Five Denarii a Day and The Greek and Roman Myths. He currently works at the University of Cambridge, teaching a course on Ancient Rome. He lives in British Columbia, Canada.