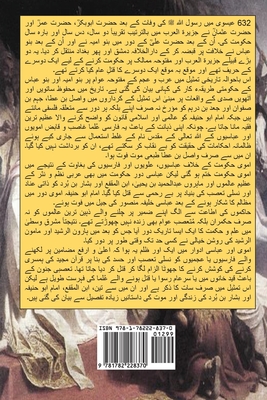 Please note that this book is in Urdu language. Its English version is available on Amazon under the title,

"Believers, Unbelievers and Hypocrites: The Khilafa and the Philosophers of Iraq."

In the form of a historical play, it tells a tale of fanaticism, lust for wealth and power, vicious rivalry, treachery, vengeance, the persecution of non-conformers, and the silencing of great Arab and Persian thinkers who questioned the Umayyad and Abbasid imperial beliefs.

After the death of Prophet Muhammad in 632 CE, Caliphs Abu Bakr and Omar ruled Arabia for two and ten years respectively. Afterwards, first the Umayyads and then the Abbasids usurped the Khilafa (Islamic Empire). These two large Arab tribes rivalled and intermittently massacred each other in their bid to rule Arabia and the captured lands. The Allawis (Ali's descendants) were the third contenders for power but the two former tribes massacred them generation after generation. Based on historically recorded events from the 7th and 8th century, this play tells the story of how the Umayyads and Abbasids ruled the conquered peoples of Arabia and Persia.

Among the characters of this play, Wasil bin Atta, Jahm bin Safwan, and Ja'ad bin Dirham are regarded by historians as great philosophers not only of their period but of all times. However, only Wasil died of natural causes while zealous rulers executed the latter two because of their scepticism about the rulers' claim that all of their teachings were the word of God. The rulers accused them of critically analysing the Khilafa beliefs that had led them to find logical contradictions between divine determinism and the eternal damnation of sinners. Their main thesis was that if everything happened by Allah's will (a premises which the Khilafa rulers used to justify their oppression) then it logically followed that sinners too were subject to Allah's will, and could not be justifiably condemned to hell.

Likewise, the greatest scholars of Arabic prose and poetry, Ibn al Muqqafa, Abdul Hameed, and Bashshar bin Burd were brutally killed. Imam Abu Hanifa, the greatest jurist and reformer of Islamic Law and its methodology, called Fiqah, died in Caliph Mansur's prison. The Khilafa rulers and bigots among the masses seldom spared geniuses and scholars who refused to serve the regimes or ideologically challenged them. This led to an intellectual darkness that still pervades the world of Islam. Writing on noble themes was seen as attempts to undermine the supremacy of the Qur'an as the word of God, and hence sinful. With such phenomenal zeal, no wonder the list of non-conforming scholars who were humiliated, persecuted, and/or killed is long but, to limit the length of this play, the stories of only seven have been illustrated. The reasons for the murders of six of these great intellectuals may be found either in their non-conformism to the prevalent beliefs or in the intricate web of conspiratorial Khilafa politics. However, ironically, their intellectual or literary brilliance and erudition that, having saved them at many junctures, finally served as the de facto cause of their murders. This play tells their story.