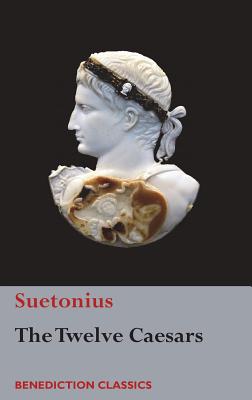 By Suetonius
Email or call for price.

"Upon the whole, he added nothing to his own happiness by all the dangers, the fatigues, and the perpetual anxiety which he had incurred in the pursuit of unlimited power," - Suetonius on Julius Caesar.

His format and style set the tone for Western biography - a review of ancestry and reign, but, mostly, a mirror to reflect the most ridiculous aspects of the character, and a vehicle for gossip. Julius Caesar does cross the Rubicon and is assassinated. Beyond that, we also learn that Caesar had piercing dark eyes and an unease about his baldness. Nero, we are told, employed over five thousand robust young men to learn various kinds of applause which they were to practice whenever he performed.

Suetonius, in full Gaius Suetonius Tranquillus, was born in 69 AD and in 117 AD entered Trajan's imperial service, holding many offices until 122 AD when he was dismissed. Suetonius wrote a number of biographies including On Famous Men, Lives of the Grammarians, and Lives of the Poets.