The Well of Hell (Paperback) 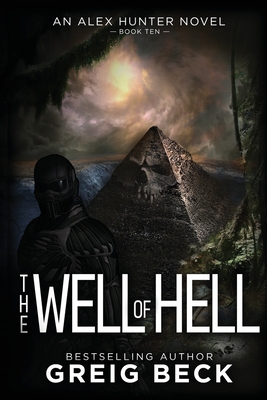 In the forbidden deserts of Yemen, a structure has been found - a buried pyramid - thousands of years older than anything previously known. And indications are, it was buried on purpose.

What is discovered inside could prove that we're not alone in the universe. And terrifyingly, after 7000 years, there is a biological obscenity that remains, not yet dead.

Ancient writing suggests the pyramid's builders have been taking humans for reasons that will tear at all sanity, and when evidence is found that in remote corners of the world people are still disappearing, the HAWCs are called to action.

In a final battle across two worlds - with the fate of the planet at stake - Alex Hunter and his team will be pushed to their very limits as they confront a horrifying and deadly army.

In The Well of Hell, bestselling author Greig Beck constructs a tale of blood-curdling, Lovecraftian horror - this latest battle for honor, family and the world cements his status as one of the premier action-horror writers today.