Birth of the Fae: Locked out of Heaven (Paperback) 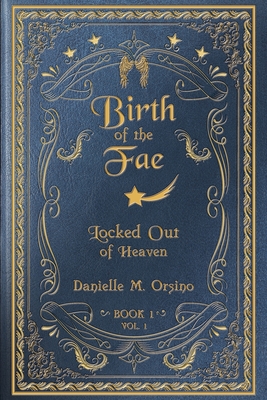 Ride on the backs of fire breathing dragons with the Dark Fae and watch the Light Fae play in the shadows of primitive humanity as they build their magical world.

Abandoned by their creator, two factions of powerful angels remain on earth after the Great War with Lucifer. They struggle to comprehend their Creator's plan while their angel wings, a symbol of their angelic lineage, slowly and painfully decay. With no hope of returning to the Shining Kingdom, two groups of angels denounce their angelic lineage and develop into separate factions - the Court of Light, led by Queen Aurora, a former Virtue Angel, and the Court of Dark, ruled by King Jarvok, a former Power Brigade Angel. The two monarchs have opposing views on how to govern their kin, but the one belief they agree on is that human worship equals power.

Birth of the Fae: Locked Out of Heaven is an epic fantasy adventure of heartbreak, rebirth, and hope that examines the bonds of family, friendship, and love. It is a fantastic tale of good vs evil in a beautiful world, where the Light Fae and their potent elemental magick are tested by the raw power of the dragon riding Dark Fae warriors.