Agrippina: The Most Extraordinary Woman of the Roman World (Compact Disc) 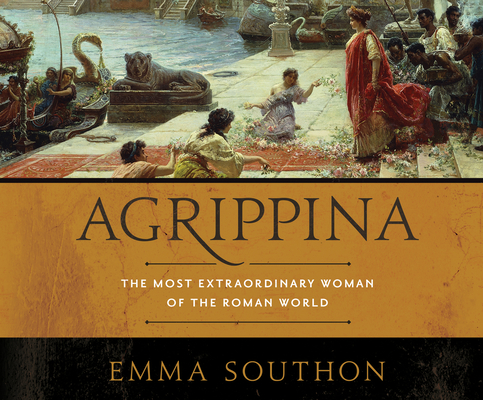 The story of Agrippina, at the center of imperial power for three generations, is the story of the Julio-Claudia dynasty--and of Rome itself, at its bloody, extravagant, chaotic, ruthless, and political zenith. In her own time, she was recognized as a woman of unparalleled power. Beautiful and intelligent, she was portrayed as alternately a ruthless murderer and helpless victim, the most loving mother and the most powerful woman of the Roman empire, using sex, motherhood, manipulation, and violence to get her way and single-minded in her pursuit of power for herself and her son, Nero. This book follows Agrippina as a daughter, born in Cologne, to the expected heir to Augustus's throne; as a sister to Caligula, who raped his sisters and showered them with honors until they attempted rebellion against him and were exiled; as a seductive niece and then wife to Claudius, who gave her access to near unlimited power; and then as a mother to Nero--who adored her until he had her assassinated. Through senatorial political intrigue, assassination attempts, and exile to a small island and to the heights of imperial power, thrones, and golden cloaks and games and adoration, Agrippina scaled the absolute limits of female power in Rome. Her biography is also the story of the first Roman imperial family--the Julio-Claudians--and of the glory and corruption of the empire itself.