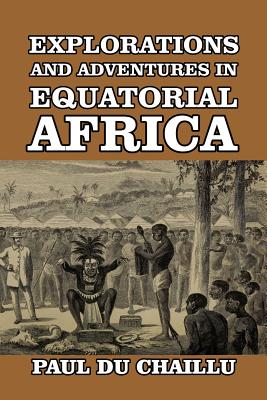 One of the most famous early white explorers of central West Africa, the American Paul du Chaillu won fame for confirming the existence of the gorilla--and for his accurate and breathtaking descriptions of the life, customs and behavior of Africans in the pre-colonial era.

This work contains vivid and uncensored descriptions of native African cannibalism, tribal warfare, witchdoctors, superstition, and technology. His astute observations were even used by Oxford University professor John R. Baker in a section on African cognitive ability in his classic work Race.

Du Chaillu was an unbiased observer, who genuinely felt sympathy with the Africans, and wrote down what he saw, without embellishment or exaggeration.

His description of African slavery in particular, is highly relevant, written as it was against the backdrop of the then still ongoing Atlantic Slave Trade:

"In the first place, I ought to state that its the African slave trade] existence has no connection at all with the foreign slave-trade. There were slaves held here long before a barracoon was built on the coast . . . Nor is it continued because of the present foreign slave-trade. It has an independent existence, and is ruled by laws of its own.

"No better illustration could be given of the way in which the slave system has ingrafted itself upon the life and policy of these tribes than this, that, from the seashore to the farthest point in the interior which I was able to reach, the commercial unit of value is a slave. As we say dollar, as the English say pound sterling, so these Africans say slave.

"If a man is fined for an offense, he is mulcted in so many slaves. If he is bargaining for a wife, he contracts to give so many slaves for her. Perhaps he has no slaves; but he has ivory or trade goods, and pays of these the value of so many slaves--that is to say, as much ivory, or ebony, or bar-wood, or the amount in trade goods which would, in that precise place, buy so many slaves.

"It is a mistake to suppose that the slave-trade is the cause of all the wars and quarrels of the African tribes and nations. Where it plays a part, it doubtless aggravates these; but the total absence of any law but that of the strongest--the almost total ignoring of the right of property, and the numerous superstitions of the people, are the fertile causes of constant warfare."

This masterpiece of anthropology is no dry read, but an exciting tale of adventure in an era when the author was literally the first white man many of these interior tribes had ever seen.

This new edition has been completely reset and contains all 80 illustrations and maps which accompanied the original work.