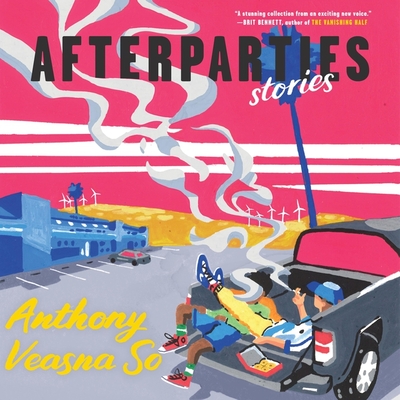 This is a widely acclaimed debut collection of short stories about Cambodian American life.  An immigrant story that is funny, irreverent, wild and complex — unforgettable refugee characters living in the shadow of the previous generation’s tragedy of genocide. Mary Karr says it best,  “The mind-frying hilarity of Anthony Veasna So’s first book of fiction settles him as the genius of social satire our age needs now more than ever. Few writers can handle firm plot action and wrenching pathos in such elegant prose. This unforgettable voice is at once poetic and laugh-out-loud funny.” Beyond sad then that So died at age 28 of a drug overdose in late December, just a few months before his book was published.

“These stories of the members of a compact Cambodian-American community, from the refugees to the business owners to the gay teenagers, seamlessly balance humor with hardships.”
— Sofia Silva Wright, Phoenix Books Burlington, Burlington, VT

A vibrant story collection about Cambodian-American life--immersive and comic, yet unsparing--that offers profound insight into the intimacy of queer and immigrant communities

Seamlessly transitioning between the absurd and the tenderhearted, balancing acerbic humor with sharp emotional depth, Afterparties offers an expansive portrait of the lives of Cambodian-Americans. As the children of refugees carve out radical new paths for themselves in California, they shoulder the inherited weight of the Khmer Rouge genocide and grapple with the complexities of race, sexuality, friendship, and family.

A high school badminton coach and failing grocery store owner tries to relive his glory days by beating a rising star teenage player. Two drunken brothers attend a wedding afterparty and hatch a plan to expose their shady uncle's snubbing of the bride and groom. A queer love affair sparks between an older tech entrepreneur trying to launch a safe space app and a disillusioned young teacher obsessed with Moby-Dick. And in the sweeping final story, a nine-year-old child learns that his mother survived a racist school shooter.

The stories in Afterparties, powered by So's skill with the telling detail, are like beams of wry, affectionate light, falling from different directions on a complicated, struggling, beloved American community (George Saunders).