A Legend in Letters (Paperback) 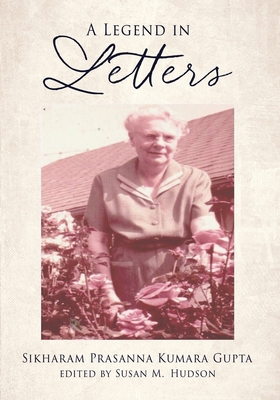 This bouquet of letters is an ode of my filial love to a fine human of revered memory. I had just completed the diploma examinations at the end of a year's course in the University of Madras Department of Journalism and made a farewell visit to the reading room of the University Library before taking the train back home to Bangalore. I chanced on an American magazine with a sticker on the cover that read: Magazines for Friendship. The friendship I struck with Miss Ella Campbell struck a deep mutual understanding. I loved books and she was a librarian. I was twenty-two, fresh out of journalism school and about to join a news agency. She was seventeen years my senior. We became correspondents exchanging magazines and books after we were through with them. Then we took out subscriptions and bought books for each other fresh off the presses. Those magazines she sent from the U.S.A. helped me know what the American perspective was on issues that figured in and out of the legislature where I was reporting for the news agency from a little-known capital of a state governed by a coalition held together by the Communist Party. Our friendship did not take too long before it blossomed into a kinship of kindred souls. She became my Ella Chachi and I was her Prasanna. In my native language, "Chachi" is an endearing term for a beloved "auntie." Chachi became my valued counsellor when an arranged marriage proposal of my parents fell through. I married Devayani, daughter of my senior colleague in the news agency, who belonged to a different community and my family was opposed to the marriage. Devi and I became parents of two boys. We welcomed Ella Campbell to be their "Chachi" to fill that gap. Sikharam Prasanna Kumara Gupta was born in 1931 in Guntur, Andhra Pradesh. His career in journalism as a Press Trust of India Correspondent and Editor spanned from 1952 to 1990 with postings in India and the Soviet Union. He manned the news agency's Moscow bureau from 1982 to 1988. Gupta was PTI's Foreign Editor from 1988 to 1990. His published works include: In Quest of Panacea, Apostle John and Gandhi, A Wreath for Doctor Ramayya, Samara Samvadi, and The Rise and Eclipse of the Soviet Civilisation. Gupta is married to Devi. Shanti Kiran and Arun Kumar are their sons. Their grandchildren are: Arjun Kiran, Sonali, and Rohun.