The Cradle of the Raptor: Book One: The Beginning (Paperback) 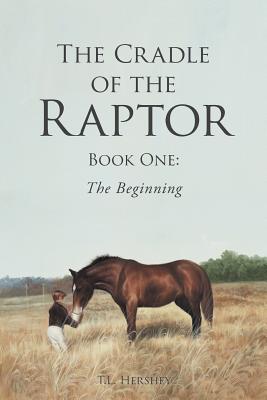 Life could be beautiful and idyllic on the little Raptor farm nestled among the shady green forests and sunny meadows of the Big Timber Indian Reservation. But strange and powerful forces were tearing the tiny mission church apart at the seams. Tough and ruggedly handsome Carl Raptor with his coldly competent wife, Charlotte, were raising their small sons in this remote place where the passions and stresses were beyond Carl's ability to cope.

For the Raptor boys, the exhilarating freedom of exploring thousands of acres of wild, game-rich reservation land and thundering their horses down gravel and dirt logging roads would instantly evaporate when their father lost all control and used them to work off his white hot fits of rage. The two oldest sons seemed able to cope, but Michael, the third son, lived in near-constant fear.

The beatings and torments increased as Carl's stress levels rose, and while the welts and bruises on their small bodies healed fairly quickly, the emotional and psychological scarring of Michael's soul would take many years to heal. This is his story.