I Found My Tribe: A Memoir (Hardcover) 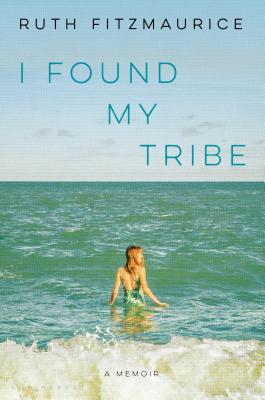 By Ruth Fitzmaurice
Email or call for price.
Special Order

A heartfelt memoir about living with grief. Written with humor, wisdom, and courage. Fitzmaurice finds beauty in everyday life and friendship, while her husband battles ALS. Poignant and meaningful.

“Life's journey is not fair. It isn't. But you cope, as Ruth Fitzmaurice did and does. The book's short vignettes read like fables - as if the author is above, looking in on herself, her life. Reminiscent of the humor of Anne Lamott and the candor of Joan Didion, I Found My Tribe is a memoir about a resilient woman who finds ways to cope with her husband's debilitating disease: daydream, become a superhero, swim in the frigid waters of Ireland, and, of course, find her tribe in family and friends.”
— Mindy Ostrow, The River's End Bookstore, Oswego, NY

A transformative, euphoric memoir about finding solace in the unexpected for readers of H is for Hawk, It’s Not Yet Dark, and When Breath Becomes Air.

Ruth’s tribe are her lively children and her filmmaker and author husband Simon Fitzmaurice who has ALS and can only communicate with his eyes. Ruth’s other "tribe" are the friends who gather at the cove in Greystones, Co. Wicklow, and regularly throw themselves into the freezing cold water, just for kicks.

The Tragic Wives’ Swimming Club, as they jokingly call themselves, meet to cope with the extreme challenges life puts in their way, not to mention the monster waves rolling over the horizon. Swimming is just one of the daily coping strategies as Ruth fights to preserve the strong but now silent connection with her husband. As she tells the story of their marriage, from diagnosis to their long-standing precarious situation, Ruth also charts her passion for swimming in the wild Irish Sea--culminating in a midnight swim under the full moon on her wedding anniversary.

An invocation to all of us to love as hard as we can, and live even harder, I Found My Tribe is an urgent and uplifting letter to a husband, family, friends, the natural world, and the brightness of life.

RUTH FITZMAURICE was a radio researcher and producer when she married her husband, Simon, in 2004 and had three children. In 2008, Simon was diagnosed with ALS and given three years to live. Simon went into respiratory failure in 2010 and was accidentally placed on a ventilator during an emergency procedure. He decided, against medical advice, to keep the ventilator; Ruth and Simon went on to have twins in 2012 and Simon lived until 2017. Ruth lives in Ireland with her five children, 2 dogs, and a cat.

"A lyrical and moving memoir." - The Economist

"A moving and emotional piece of writing, Fitzmaurice's captivating memoir shares her unique experience and invites the reader to realize the strength of love and the support of true friendship." - Booklist

"Fitzmaurice is a lyrical writer, and her story is intimate and sad but ultimately one of bravery and survival." - Publishers Weekly

"I Found My Tribe is one of the year’s most arresting, humbling and acute memoirs. It is a catch-in-the-throat, life-affirming work that you want to gulp down in one and recommend to all your friends. Fitzmaurice tells her story in sparkling prose that is as sinewy as her new sea-strengthened body, and as admirable and boundless as her spirit… This debut is set to become a global bestseller. It is also one of a number of recent books by women riding the crest of a wild-swimming wave. Fitzmaurice’s memoir, though, is likely to be the one that exerts the greatest tidal pull." - Sunday Times (London)