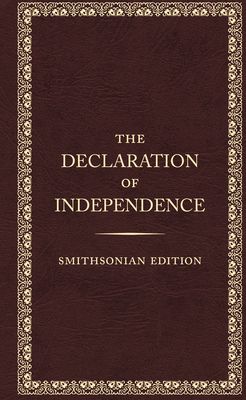 This elegant edition captures a defining document of independence in the US that represents the ideals of the nation.

In this luxurious, pocket-sized Smithsonian edition printed in the United States, the Declaration of Independence and the writings that formed it make a stately gift edition befitting the significance of its contents, with features that make it the perfect keepsake:


This edition stands out in the market with an illuminating new introduction from Lonnie G. Bunch III, the Secretary of the Smithsonian. As one of the nation’s leading public historians, he provides essential, modern context to the historical document and examines the Declaration of Independence's legacy and relevance to the present-day United States and its people.

Drafted by Thomas Jefferson, the Declaration of Independence proclaimed that the thirteen American colonies would no longer recognize the monarch of Britain but would become independent states. With fifty-six signatures, one document changed the course of history. Celebrate the founding of this nation with a gorgeous gift edition of the document that started it all.