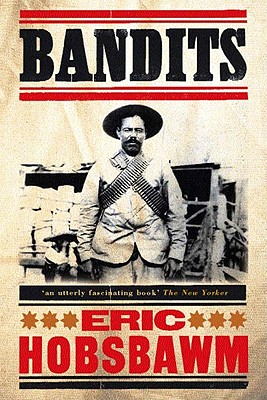 First published in 1969, this now-classic book inspired a whole new field of historical study and brought its author popular acclaim. Bandits transcend the label of criminals; they are robbers and outlaws elevated to the status of avengers and champions of social justice. Some, like Robin Hood, Rob Roy, and Jesse James, are famous throughout the world, the stuff of story and myth. Others, like Balkan haiduks, Indian dacoits, and Brazilian congaceiros, are known only to their own countrymen. In his celebrated study of these fascinating figures, Eric Hobsbawm, one of the few genuinely great historians of our century (The New Republic), spans four hundred years and four continents, setting these historical figures against the ballads, legends, and films they have inspired. The result is a dazzling historical squib, fizzling with ideas and strange stories (The Guardian). For this new edition Hobsbawm has substantially extended and revised his original text. It appears at a time when the disintegration of state power is once again introducing fertile conditions for banditry to flourish in many parts of the world.

Eric Hobsbawm was born in Alexandria in 1917 and educated in Austria, Germany and England. He taught at Birkbeck College, University of London, and then at the New School for Social Research in New York. In addition to "The Age of Revolution," "The Age of Capital," "The Age of Empire" and "The Age of Extremes," his books include "Bandits," "Revolutionaries," "Uncommon People," and his memoir "Interesting Times." Eric Hobsbawm died in 2012.