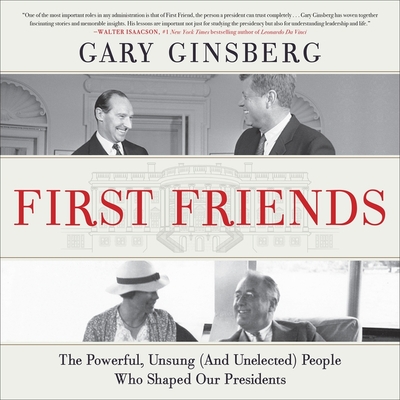 In the bestselling tradition of The Presidents Club and Presidential Courage, White House history as told through the stories of the best friends and closest confidants of American presidents.Here are the riveting histories of myriad presidential friendships, among them: Abraham Lincoln and Joshua Speed: They shared a bed for four years during which Speed saved his friend from a crippling depression. Two decades later the friends worked together to save the Union. Harry Truman and Eddie Jacobson: When Truman wavered on whether to recognize the state of Israel in 1948, his lifelong friend and former business partner intervened at just the right moment with just the right words to steer the president's decision. Franklin Delano Roosevelt and Daisy Suckley: Unassuming and overlooked during her lifetime, Daisy Suckley was in reality FDR's most trusted, constant confidant, the respite for a lonely and overworked President navigating the Great Depression and World War IIJohn Kennedy and David Ormsby-Gore: They met as young men in pre-war London and began a conversation over the meaning of leadership. A generation later the Cuban Missile Crisis would put their ideas to test as Ormsby-Gore became the president's unofficial, but most valued foreign policy advisor.These and other friendships--including Thomas Jefferson and James Madison, Franklin Pierce and Nathaniel Hawthorne, and Bill Clinton and Vernon Jordan--populate this fresh and provocative exploration of a series of seminal presidential friendships.Publishing history teems with books by and about Presidents, First Ladies, First Pets, and even First Chefs. Now former Clinton aide Gary Ginsberg breaks new literary ground on Pennsylvania Avenue and provides fresh insights into the lives of the men who held the most powerful political office in the world by looking at the friends on whom they relied.First Friends is an engaging, serendipitous look into the lives of Commanders-in-Chief and how their presidencies were shaped by those they held most dear.