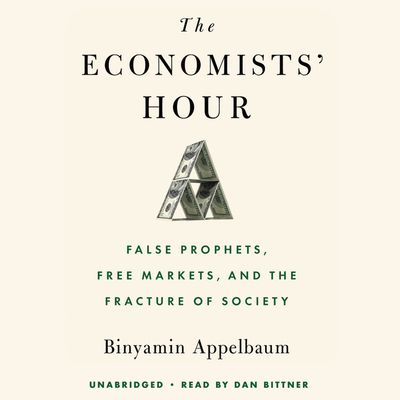 In this fascinating character-driven history, a New York Times editorial writer and Pulitzer Prize finalist spotlights the American economists who championed the rise of markets and fundamentally reshaped the modern world. Before the 1960s, American politicians had never paid much attention to economists. But as the post-World War II boom began to sputter, economists gained influence and power -- first in the United States and then around the world as their ideas inspired nations to curb government, unleash corporations, and hasten globalization. Milton Friedman's libertarian ideals, Arthur Laffer's supply-side economics and Paul Volcker's austere campaign against inflation all left a profound mark on American life. So did lesser-known figures like Walter Oi, a blind economist whose calculations influenced President Nixon's decision to end military conscription; Alfred Kahn, who deregulated air travel; and Thomas Schelling, who put a dollar value on human life. The economists promised steady growth and broadly-shared prosperity, but they failed to deliver. Instead, the single-minded embrace of markets has come at the expense of soaring economic inequality, the faltering health of liberal democracy, and the prospects of future generations. Timely, engaging, and expertly researched, The Economists' Hour is a powerful must-read (Mohamed A. El-Erian, New York Times bestselling author) about the rise and fall of a revolution - and a compelling call for people to retake control of markets.