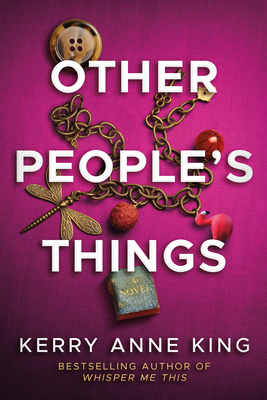 From the Amazon Charts bestselling author of Whisper Me This comes a witty, magical story about improbable connections, difficult gifts, and the unexpected events that heal us and bring us together.

Jailbird. Klepto. Spectacular failure to launch. Nicole Wood's sticky fingers have earned her many names, but it's not that she's stealing--some objects just need to be moved elsewhere, and the universe has chosen her to do it. Still, being a relocator of objects isn't easy. With her marriage on the rocks, no real-world skills, and the threat of prison hanging over her head, Nicole is determined to change her ways.

Things seem to be looking up, thanks to a godsent job with her sister's housecleaning business--until she encounters a seemingly harmless paperback that insists on moving from one client's home to another's. Nicole hopes no one will notice, but the action stirs up long-hidden secrets and triggers a series of fateful events that threatens to destroy the life she's creating and hurt those closest to her. She'll need to embrace her unwieldy gift and take a chance on love in order to unravel the mystery and fix what's gone wrong.