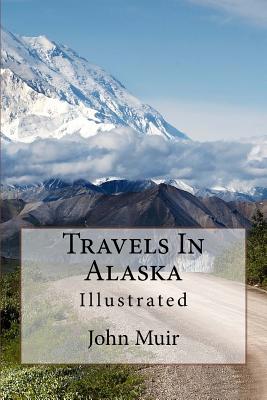 In the late 1800s, John Muir made several trips to the pristine, relatively unexplored territory of Alaska, irresistibly drawn to its awe-inspiring glaciers and its wild menagerie of bears, bald eagles, wolves, and whales. Half-poet and half-geologist, he recorded his experiences and reflections in Travels in Alaska, a work he was in the process of completing at the time of his death in 1914. Edward Hoagland wrote, "Muir is at our elbow, nudging us along, prompting us to understand that heaven is on earth-is the Earth-and rapture is the sensible response wherever a clear line of sight remains." In 1879 John Muir went to Alaska for the first time. Its stupendous living glaciers aroused his unbounded interest, for they enabled him to verify his theories of glacial action. Again and again he returned to this continental laboratory of landscapes. The greatest of the tide-water glaciers appropriately commemorates his name. Upon this book of Alaska travels, all but finished before his unforeseen departure, John Muir expended the last months of his life. John Muir (1838-1914) also known as "John of the Mountains," was a Scottish-American naturalist, author, environmental philosopher and early advocate of preservation of wilderness in the United States.