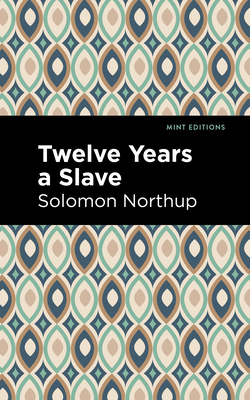 Twelve Years a Slave (1853) is considered to be be one of the most riviting and important documents recounting slavery in the United States. It is the heart-rending memoir of a free black man who is taken hostage and sold into slavery in a Louisiana plantation, his twelve years of bondage, and his remarkable escape to freedom. Since its publication, this classic has become a historical reference for its salient of depiction of life as a slave in the pre-Civil War deep south of the United States. More recently the book's popularity has soared due to the 2014 Academy Award winning motion picture.

Northup's memoir begins during his early life as a free black man in Upstate New York. He was a father of three children, a farmer, lumberjack, and a skillful musician. When two white men approached Northup about a well-paid job playing his violin in a circus, he accepted. They traveled to New York City, then Washington D.C, where after a day of celebrating his good fortunes with the two men he was drugged, and chained in a slave pen. Imprisoned by the ruthless slave-trader James Burch, he was brutally beaten and eventually sent by boat to New Orleans, Louisiana. Eventually Northup was sold to a merciful plantation owner, and valued for his hard work, and gentle spirit. Due to his master's eventual financial hardships, Northup was sold again and again in a succession of brutal masters. With his tenacious sense of hope and goodwill he perseveres through twelve years of cruelty until his remarkable rescue from slavery and back to his freedom in New York. With its great message of hope, Twelve Years a Slave is one of America's great literary declarations of the power of the human spirit.

With an eye-catching new cover, and professionally typeset manuscript, this edition of Twelve Years a Slave is both modern and readable.