The Wind in the Willows (Paperback) 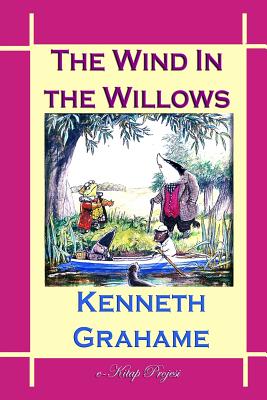 The Mole had been working very hard all the morning, spring-cleaning his little home. First with brooms, then with dusters; then on ladders and steps and chairs, with a brush and a pail of whitewash; till he had dust in his throat and eyes, and splashes of whitewash all over his black fur, and an aching back and weary arms. Spring was moving in the air above and in the earth below and around him, penetrating even his dark and lowly little house with its spirit of divine discontent and longing. It was small wonder, then, that he suddenly flung down his brush on the floor, said 'Bother ' and 'O blow ' and also 'Hang spring-cleaning ' and bolted out of the house without even waiting to put on his coat. Something up above was calling him imperiously, and he made for the steep little tunnel which answered in his case to the gavelled carriage-drive owned by animals whose residences are nearer to the sun and air. So he scraped and scratched and scrabbled and scrooged and then he scrooged again and scrabbled and scratched and scraped, working busily with his little paws and muttering to himself, 'Up we go Up we go ' till at last, pop his snout came out into the sunlight, and he found himself rolling in the warm grass of a great meadow. 'This is fine ' he said to himself. 'This is better than whitewashing ' The sunshine struck hot on his fur, soft breezes caressed his heated brow, and after the seclusion of the cellarage he had lived in so long the carol of happy birds fell on his dulled hearing almost like a shout. Jumping off all his four legs at once, in the joy of living and the delight of spring without its cleaning, he pursued his way across the meadow till he reached the hedge on the further side. 'Hold up ' said an elderly rabbit at the gap. 'Sixpence for the privilege of passing by the private road ' He was bowled over in an instant by the impatient and contemptuous Mole, who trotted along the side of the hedge chaffing the other rabbits as they peeped hurriedly from their holes to see what the row was about. 'Onion-sauce Onion-sauce ' he remarked jeeringly, and was gone before they could think of a thoroughly satisfactory reply. Then they all started grumbling at each other. 'How STUPID you are Why didn't you tell him--' 'Well, why didn't YOU say--' 'You might have reminded him--' and so on, in the usual way; but, of course, it was then much too late, as is always the case. It all seemed too good to be true. Hither and thither through the meadows he rambled busily, along the hedgerows, across the copses, finding everywhere birds building, flowers budding, leaves thrusting-everything happy, and progressive, and occupied. And instead of having an uneasy conscience pricking him and whispering 'whitewash ' he somehow could only feel how jolly it was to be the only idle dog among all these busy citizens. After all, the best part of a holiday is perhaps not so much to be resting yourself, as to see all the other fellows busy working.