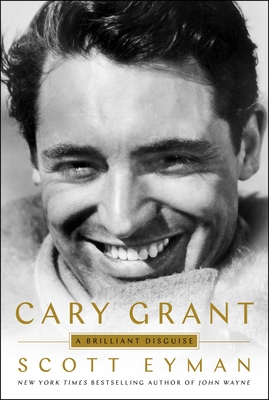 Film historian and acclaimed New York Times bestselling biographer Scott Eyman has written the definitive, “captivating” (Associated Press) biography of Hollywood legend Cary Grant, one of the most accomplished—and beloved—actors of his generation, who remains as popular as ever today.

Born Archibald Leach in 1904, he came to America as a teenaged acrobat to find fame and fortune, but he was always haunted by his past. His father was a feckless alcoholic, and his mother was committed to an asylum when Archie was eleven years old. He believed her to be dead until he was informed she was alive when he was thirty-one years old. Because of this experience Grant would have difficulty forming close attachments throughout his life. He married five times and had numerous affairs.

Despite a remarkable degree of success, Grant remained deeply conflicted about his past, his present, his basic identity, and even the public that worshipped him in movies such as Gunga Din, Notorious, and North by Northwest.

Drawing on Grant’s own papers, extensive archival research, and interviews with family and friends, this is the definitive portrait of a movie immortal.

Scott Eyman was formerly the literary critic at The Palm Beach Post and is the author or coauthor of fifteen books, including the bestseller John Wayne and (with actor Robert Wagner) the bestsellers Pieces of My Heart and You Must Remember This. Among his other books are Hank and Jim: The Fifty-Year Friendship of Henry Fonda and James Stewart; Empire of Dreams: The Epic Life of Cecil B. DeMille; Lion of Hollywood: The Life and Legend of Louis B. Mayer; and Print the Legend: The Life and Times of John Ford. Eyman also writes book reviews for The Wall Street Journal, and has written for The New York Times, The Washington Post, and the Chicago Tribune. He and his wife, Lynn, live in West Palm Beach.

"The most entertaining and enlightening star biography in years . . . A captivating look at a captivating star."
— Douglass K. Daniel

"[An] estimable and empathetic biography . . . Eyman rightly homes in on [Grant's] inner chiaroscuro, that never-resolving oscillation between dark and light — or, if you like, between Archie Leach and the man he became."
— Louis Bayard

"That gap between the sublimely charming screen invention and the real man born Archie Leach is at the center of Scott Eyman's new biography, Cary Grant: A Brilliant Disguise, a complex portrait of Hollywood's original leading man."
— Maureen Lee Lenker

“As always, Scott Eyman builds on a bedrock of scrupulous research, spiking his narrative with juicy behind-the-scenes stories. The result is a richly detailed portrait of the man whose greatest performance was the one that fooled moviegoers for decades: the belief that Archie Leach was just like the movie star we knew as Cary Grant."
— Leonard Maltin, film critic and historian

“Was there ever a more fabulously charming, witty, stylish and seductive movie star than Cary Grant? Scott Eyman’s biography peers under the hood of Hollywood’s most self-invented persona to explore the anxious, self-pitying, needy and depressed narcissist lurking within. Eyman does so with empathy, critical admiration and a deeply historical perspective that bring to life not just this remarkable performer but the golden age of Hollywood that he dominated.”
— Glenn Frankel, Pulitzer Prize-winning journalist and author of The Searchers and High Noon

"The long quest by Scott Eyman to reclaim the Golden Age of Hollywood reaches its apotheosis with this always intelligent, carefully documented, intimate life story that helps explain the charm, genius, and immortality of Cary Grant."
— Patrick McGilligan, author Alfred Hitchcock: A Life in Darkness and Light

"As Scott Eyman's masterful biography reveals, being 'Cary Grant' required A Brilliant Disguise. This is a riveting, scrupulously researched account of how Archie Leach, a penniless runaway from a broken home, willed himself into becoming one of the most iconic stars in Hollywood history. In examining Grant's incredible feat of self-invention and the steep price the actor paid for his extraordinary success, Eyman once again demonstrates why he is one of our finest biographers."
— Mark Griffin, author of All That Heaven Allows: A Biography of Rock Hudson

"Here is the astonishing  story of someone with enormous talent and charm, who  never quite believed he had become the man he most wanted to be. And how lucky we  were, his adoring public, to have watched it happen."

"Scott Eyman has a gift for exploring subjects we think we know, then deepening and enriching that knowledge through diligent research and his gift of observation. This book is no exception. Henry Fonda and James Stewart have never been captured so well, nor has their extraordinary fifty-year friendship.”
—Leonard Maltin

"Anyone interested in filmmaking, then or now, should read Eyman's book at least twice."
—Robert Osborne, The Hollywood Reporter

Print the Legend: The Life and Times of John Ford
"Eyman has emerged as one of the most distinguished and reliable of popular film historians."
—Washington Post Book World

Ernst Lubitsch: Laughter in Paradise
"The book is written with the kind of intuitiveness that's rooted in knowledge and affection. Eyman's scholarship gives the reader pleasure."
—Pauline Kael 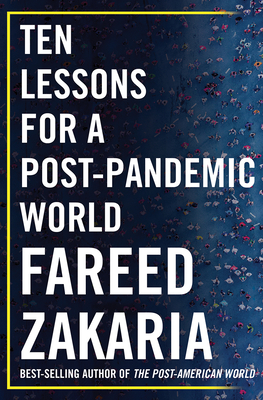