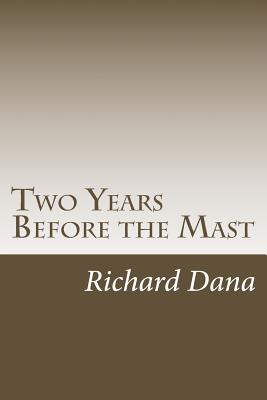 In 1869, my father, the late Richard Henry Dana, Jr., prepared a new edition of his Two Years Before the Mast'' with this preface: After twenty-eight years, the copyright of this book has reverted to me. In presenting the first author's edition' to the public, I have been encouraged to add an account of a visit to the old scenes, made twenty-four years after, together with notices of the subsequent story and fate of the vessels, and of some of the persons with whom the reader is made acquainted.'' The popularity of this book has been so great and continued that it is now proposed to make an illustrated edition with new material. I have prepared a concluding chapter to continue my father's Twenty-four Years After.'' This will give all that we have since learned of the fate of crew and vessels, and a brief account of Mr. Dana himself and his important lifework, which appears more fully in his published biography 1] and printed speeches and letters. 2] This concluding chapter will take the place of the biographic sketch prefixed to the last authorized edition. There is also added an appendix with a list of the crews of the two vessels in which Mr. Dana sailed, extracts from a log, and also plates of spars, rigging and sails, with names, to aid the reader.