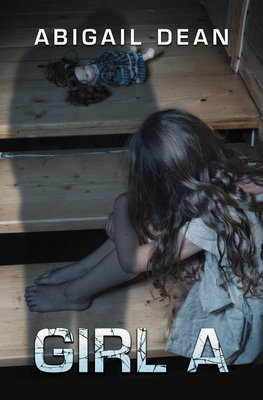 A compulsively readable literary thriller in which siblings flee a house of horrors. Inspired by real crimes, Girl A is less about captivity and more about the power of one young woman, the chemistry between siblings, and the lingering effects of living a nightmare. This is a gripping family saga of survival.

"Nothing short of astonishing... Rarely does a novel offer up such unique plotting, such heart-stopping psychological drama, and such a rich portrayal of its inhabitants. A modern-day classic." --Jeffery Deaver, New York Times bestselling author of The Goodbye Man and The Bone Collector For readers of Room and Sharp Objects, a propulsive and psychologically immersive novel about a young girl who escapes captivity-but not the secrets that shadow the rest of her life. 'Girl A, ' she said. 'The girl who escaped. If anyone was going to make it, it was going to be you.' Lex Gracie doesn't want to think about her family. She doesn't want to think about growing up in her parents' House of Horrors. And she doesn't want to think about her identity as Girl A: the girl who escaped, the eldest sister who freed her older brother and four younger siblings. It's been easy enough to avoid her parents--her father never made it out of the House of Horrors he created, and her mother spent the rest of her life behind bars. But when her mother dies in prison and leaves Lex and her siblings the family home, she can't run from her past any longer. Together with her sister, Evie, Lex intends to turn the House of Horrors into a force for good. But first she must come to terms with her siblings--and with the childhood they shared. What begins as a propulsive tale of escape and survival becomes a gripping psychological family story about the shifting alliances and betrayals of sibling relationships--about the secrets our siblings keep, from themselves and each other. Who have each of these siblings become? How do their memories defy or galvanize Lex's own? As Lex pins each sibling down to agree to her family's final act, she discovers how potent the spell of their shared family mythology is, and who among them remains in its thrall and who has truly broken free.

Abigail Dean works as a lawyer for Google, and before that was a bookseller. She lives in London, and is working on her second novel.