The Lincoln Conspiracy: The Secret Plot to Kill America's 16th President - And Why It Failed (Large Print / Library Binding) 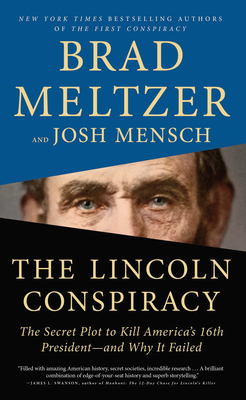 BRAD MELTZER is the #1 New York Times bestselling author of The Escape Artist, The Inner Circle, and ten other bestselling thrillers, as well as the Ordinary People Change the World series. He is also the host of the History Channel TV shows Brad Meltzer's Decoded and Brad Meltzer's Lost History, which he used to help find the missing 9/11 flag that the firefighters raised at Ground Zero.JOSH MENSCH is a New York Times bestselling author and documentary television producer with a focus on American history and culture. He is coauthor with Brad Meltzer of The First Conspiracy: the Secret Plot to Kill George Washington. For television he has written, directed, and been a showrunner on nonfiction series for PBS, the History Channel, National Geographic, and many other networks. He lives in Brooklyn, NY with his wife and children.