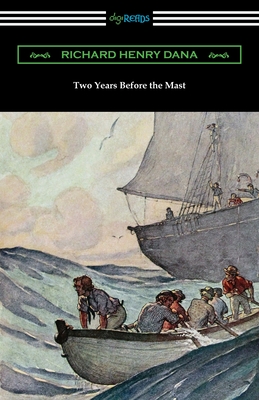 First published in 1840, "Two Years Before the Mast" is the true story of Richard Henry Dana's voyage aboard the merchant vessel the "Pilgrim" on a trip around Cape Horn during the years 1834 to 1836. Dana was a student at Harvard when a case of the measles affected his vision. He left school and enlisted as a sailor on a merchant vessel, believing that the experience might help his eyesight. Dana kept a diary during his adventures and he intended his account to be "the life of a common sailor at sea as it really is". He details the trip from Boston, around South Africa and to San Francisco to trade goods from the United States for cow hides from Mexican colonial missions and ranchos. "Two Years Before the Mast" depicts maritime life in the 19th century as it truly was; brutal, harsh, dangerous, and sometimes incredibly beautiful. Dana's account also includes a fascinating description of California before the Gold Rush. Included in this edition is the appendix, "Twenty-Four Years After", added by the author in 1869, which depicts his return trip to California in 1859 and the immense changes he witnessed to the area from statehood, the Gold Rush, and growing prosperity. Also included in this edition is an afterword by his son entitled "Seventy-Six Years After". This edition is printed on premium acid-free paper.