The Gallic War: (Translated by W. A. MacDevitte with an Introduction by Thomas De Quincey) (Paperback) 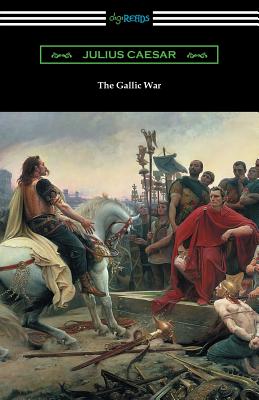 First published just before the end of the Roman Republic by that legendary country's most immortalized leader, "The Gallic War", also called "Commentarii de Bello Gallico", is an account of Julius Caesar's capture of Gaul in the first century. Beginning with the Helvetian War in 58 B.C., Caesar uses his exemplary Latin prose to explain how his forces were protecting Provence, and how they were later drawn out in campaigns against the Veneti, the Aquitani, numerous Germanic peoples, the Belgae, the Gauls, and the Bretons. Caesar, perhaps in defense of his expensive and geographically vast wars, explains the methods of his campaigns, from the timing of the seasons to provisioning and defense. This autobiographical work is both a concise reckoning of forces and an informative wartime narrative, consistently revealing the author as a brilliant military commander and a leader politically unrivaled by his contemporaries. This edition is printed on premium acid-free paper, follows the translation of W. A. MacDevitte, and includes an introduction by Thomas De Quincey.