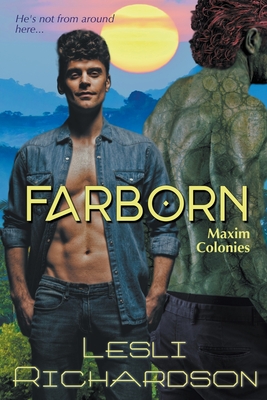 He's not from around here...

Davies McKellan is a man without a true home. The cocky mining contractor navigator has spent his entire adult life roaming the stars and refusing to be tied down by anyone.

When Davies makes his first run to the planet Pfahrn, he meets Olarte, a Pfahrn who intrigues him in ways he never dreamed possible.

Except duplicity and deadly secrets are a killer combo that'll make any man rethink his past. And if the eight-foot-tall green alien is Davies' future, he might be down for that. He's got priorities, though.

Like making sure they uncover the truth first, and don't die in the process.