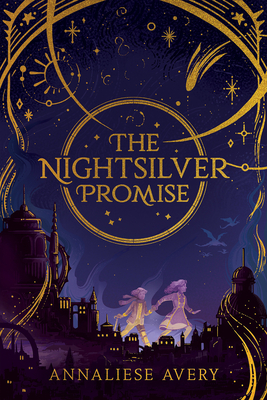 Defy your stars, rewrite the future.

In the empire of Albion, the Great Dragons of old are long gone—hunted for centuries by cruel emperors fearing the power they possessed. Now governed by the science of Celestial Physicists, everyone’s life is foretold by the track of stars on their wrist.

When Paisley Fitzwilliam receives her track, she discovers that she is destined to die before the end of her fourteenth turning. Then, when her mother goes missing, Paisley is the only one left who can protect her Dragon Touched brother, Dax, from being exposed as a descendant of the Great Dragons and taken by the Emperor's men.

But an ancient power stalks the sewers of London—the Dark Dragon is rising, intent on restoring the Great Dragons of old at any cost, even if that means tearing Paisley's family apart.

To save her brother, Paisley must trust her instincts and forge new friendships as she attempts to outrun fate itself. Her journey will take her across the floating boroughs of London Above, through a vault guarded by Dragon Walkers, and into the dark sewers of London Below in order to unlock an ancient secret that will not only defy her stars, but will change the course of history forever.

Annaliese Avery has spent most of her life surrounded by stories, both at work as a library manager and at home writing them. She holds an MA in Creative Writing and is now the Program Leader for The Golden Egg Academy in Scotland, which leads creative writing workshops in schools across the UK. In January 2020, Annaliese was shortlisted for the SCBWI Undiscovered Voices anthology. The Nightsilver Promise is her debut middle-grade novel, and the first in a thrilling, new fantasy trilogy. You can learn more at annalieseavery.com and follow her on Twitter at @AnnalieseAvery.

"Destiny, science, stars, and a sprinkle of magic." — Vashti Hardy, author of Brightstorm